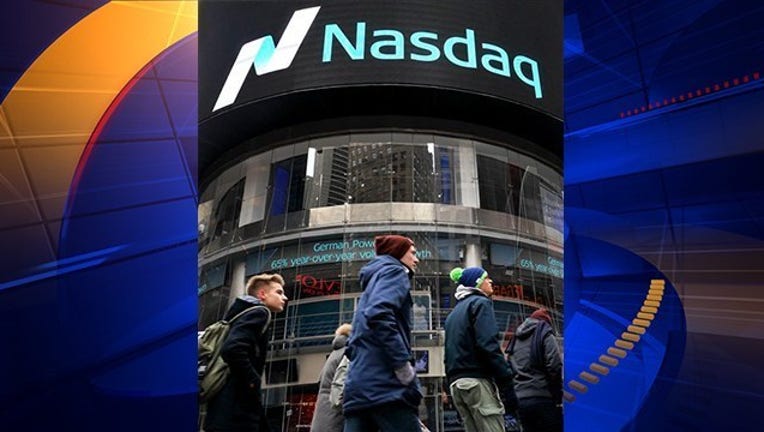 NEW YORK (AP) — U.S. stocks fell from record highs on Tuesday and the Nasdaq dropped below 5,000 a day after passing that milestone for the first time since the dot-com era 15 years ago.

The losses were modest but broad, with eight industry sectors in the Standard and Poor's 500 index falling. Higher oil prices helped oil drillers and other energy companies buck the trend. They eked out a 0.2 percent rise for the day.

With no major economic news and few earnings reports, investors were at pains to point to a catalyst for the stock slump other than jitters that sometime follow big gains.

"It's only natural we would get a little flutter after a milestone like yesterday," said Wells Fargo Funds' Chief Equity Strategist John Manley, referring to the Nasdaq closing above 5,000. "It may very well go on for a few days."

Financial analysts expect earnings to drop compared with the year-earlier periods for the next two quarters, but that is mostly because of a drag from energy companies as oil prices have fallen more than 50 percent since last June.

"We're seeing a market that is fairly valued, earnings are behind us and no major catalysts are coming up," she said. "It's a market ready for a pause."

On Monday, the Nasdaq rose to just 40 points from its 5,048.62 peak reached March 10, 2000. The index has changed significantly since then. Gone is the heavy weighting of telecommunications stocks and big bets on Internet companies with little or no earnings.

Among other stocks in the news:

— Personal finance company Springleaf Holdings rose $12.19, or 32 percent, to $50.23 after it said it would buy Citigroup's OneMain Financial for $4.25 billion. OneMain provides personal loans at more than 1,100 branches across 43 states.

—Best Buy gained 55 cents, or 1.4 percent, to $39.18 after the company said it would raise its dividend 21 percent and give shareholders an additional one-time payment. The nation's biggest electronics chain also reported fourth-quarter earnings that were higher than financial analysts had expected.

In other futures trading on the NYMEX:

In bond trading, the yield on the 10-year Treasury note rose to 2.12 percent from 2.08 percent on Monday.