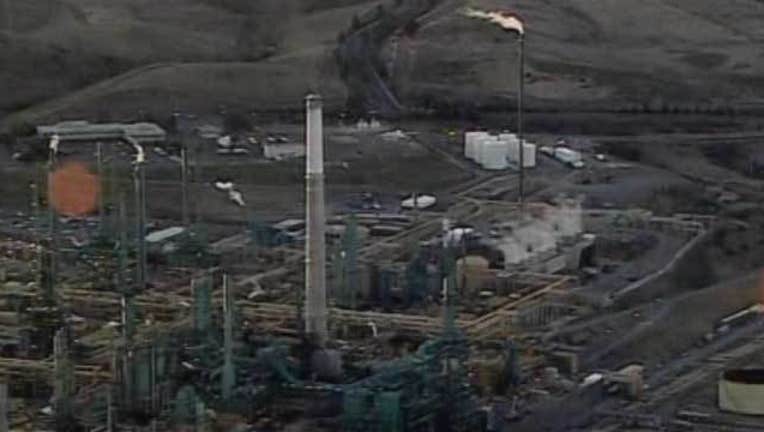 SAN FRANCISCO (KTVU and wires) -- The Bay Area Air Quality Management District announced Thursday it has settled a case with the Valero Refining Company for air quality violations at its Benicia refinery.

Valero has agreed to pay a $122,500 civil penalty for the violations, according to the air district.

The settlement covers violation notices that the air district issued to Valero for a number of incidents in 2011, district officials said.

The incidents include one notice for a public nuisance caused by odors from operations at the refinery wastewater treatment plant. Valero also garnered 14 notices for brief violations of emission limits, as measured by monitors on refinery equipment, according to the air district.

"Violations of air quality regulations, no matter how minor, must be addressed and refineries held accountable," Broadbent said.

The air district issues notices of violation to inform facilities that they have violated a specific air quality regulation or rule, district officials said.

Violators are generally required to respond to the notice within 10 days and must submit a description of the actions they will take to correct the problem. These actions can include shutting down operations immediately, or changing operations or equipment to come into compliance, district officials said.