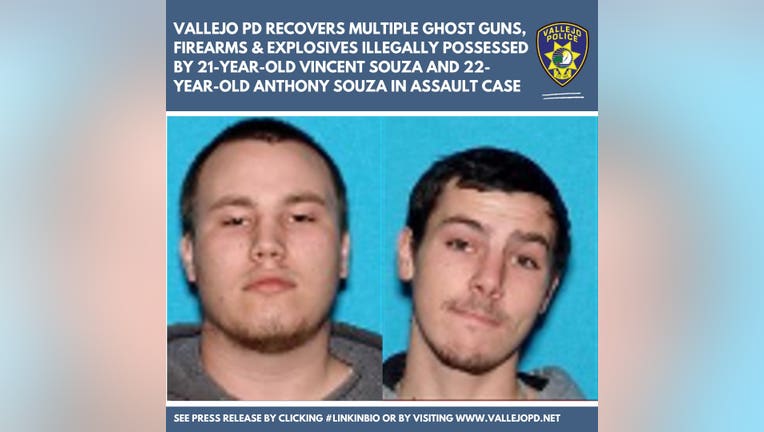 On Wednesday at 11:08 p.m., officers with the Vallejo Police Department responded to a report of two armed men involved in an altercation with a woman in the 800 block of Miller Avenue.

Police said the suspects, identified as Vincent Souza, 21, and Anthony Souza, 22, both of Vallejo, confronted the woman after an alleged package theft from their porch. 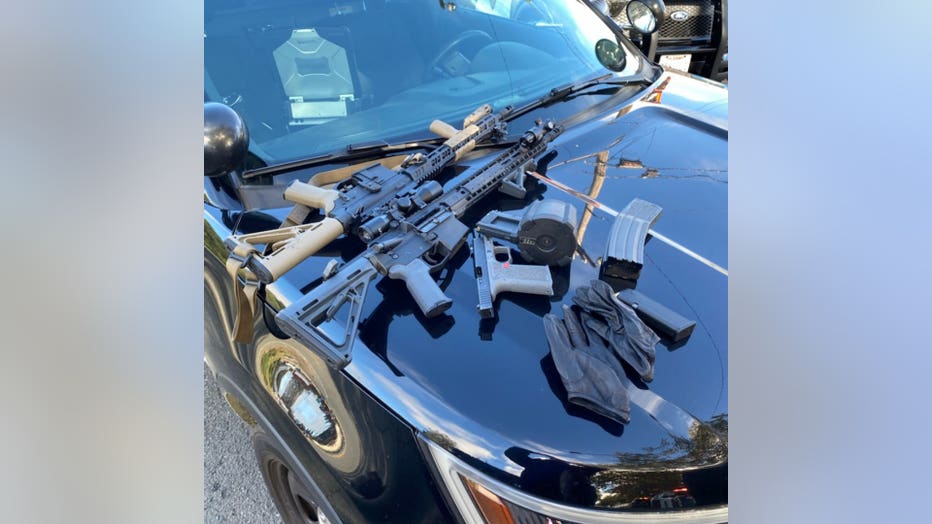 Police said the suspects armed themselves with a bat and gun and became involved in a physical altercation with the woman, injuring her.

Officers located the suspects and the woman in front of the residence, conducted a protective sweep of the suspects' residence and located several illegal assault rifles, police said. 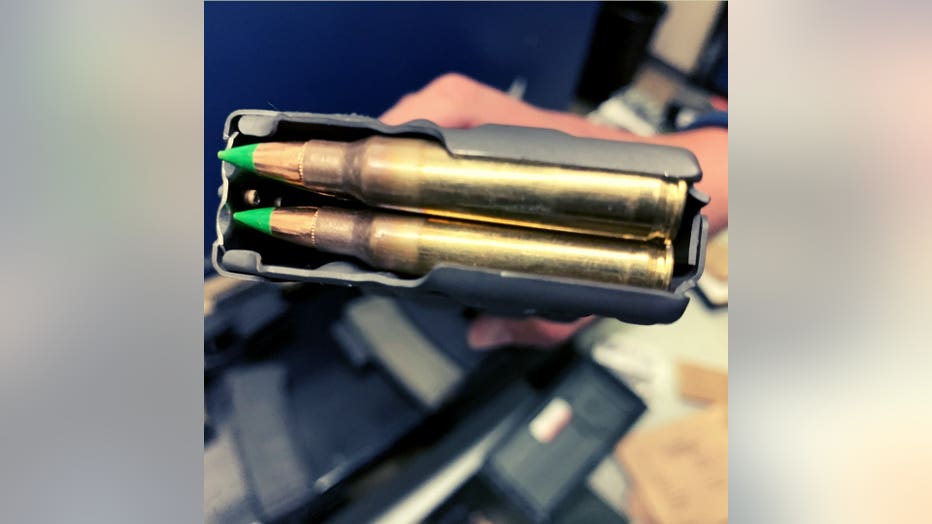 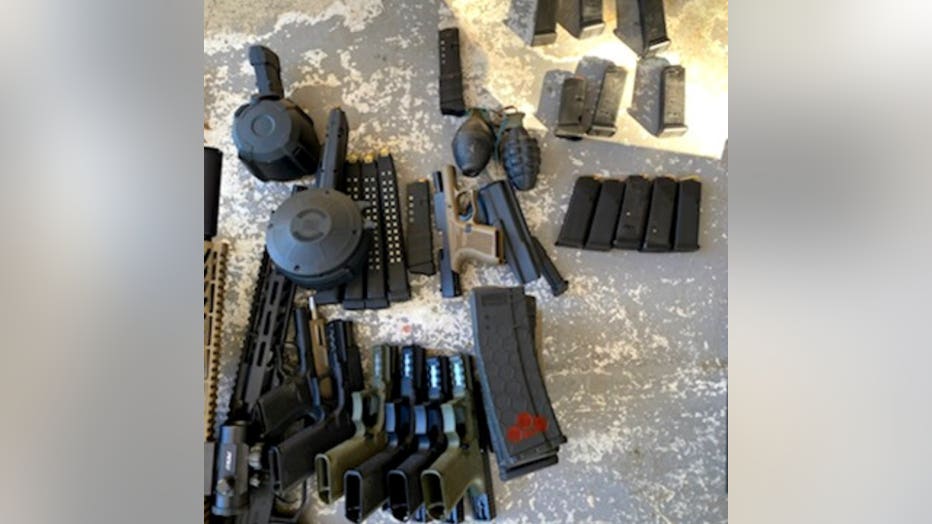