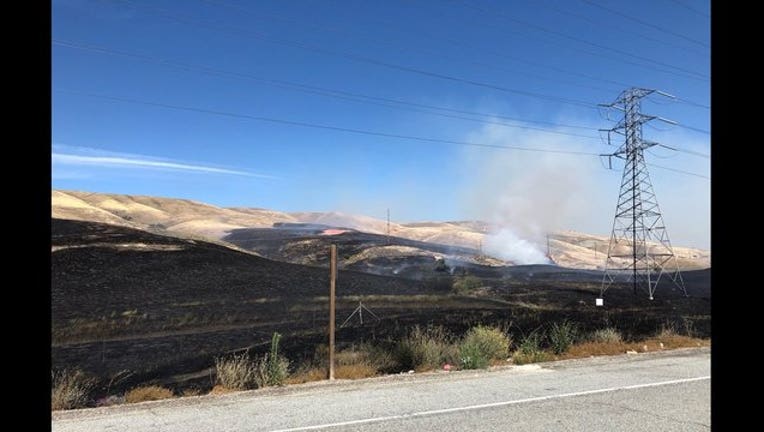 The Coyote Fire in San Jose at Coyote Creek Golf Drive in San Jose has grown to 30 acres and is 30 percent contained. 7/2/19. Photo: Cal Fire SCU

Cal Fire said the Coyote Fire near northbound US 101 and Coyote Creek Golf Drive in Santa Clara County burned 74 acres and is 100 percent contained as of Tuesday evening. The fire was previously estimated to have burned 90 acres, but the fire's size was corrected after final mapping.

The fire was initially reported by the fire agency on Twitter at 3:26 p.m. It was only seven acres at that time.

Firefighters with Cal Fire and San Jose Fire Department both reported to the scene to battle the blaze.

Officials did not have more information on the vehicle that started the fire.

This is a breaking news story. We will update with more details when they become available.