The accident happened at Santa Clara and Race streets.

SAN JOSE, Calif. - A vehicle jumped the curb and crashed into a traffic signal box at the intersection of San Carlos Avenue and Race Street in San Jose early Sunday morning, stopping a few feet from a McDonald's restaurant, according to fire officials.

The crash was reported at about 12:40 a.m. Fire officials shared pictures from the scene showing a blue, four-door Volkswagen hatchback sedan which ended up crossing the sidewalk and drive-thru lane, finally stopping a few feet from a side entrance to the burger place.

According to fire officials, the driver fled the scene before emergency crews arrived. Motorists are advised to treat the intersection as a four-way stop until the signal lights are repaired. 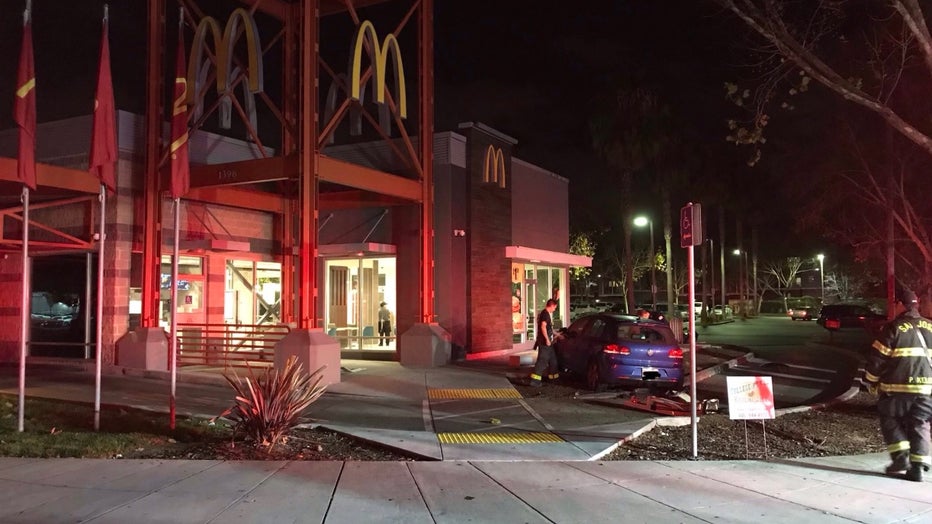