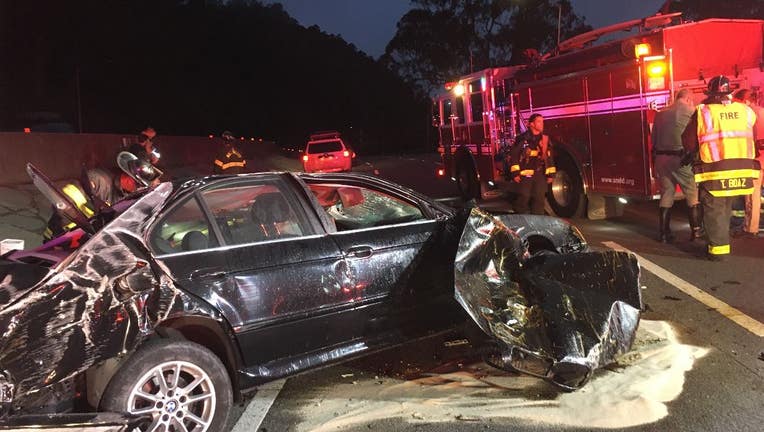 The Fire agency posted photos of the wreck on their Twitter page shortly after 10 p.m. as part of a warning to slow down when driving along U.S. 101 at Spencer Avenue.

The department said the car was on fire and that bystanders and CHP Golden Gate officers pulled a patient from the vehicle. The person injured was then transported from the scene for further medical attention.

"The stretch between the Robin Williams Tunnel (Waldo Grade) and the lower portion of 101 in Sausalito/Marin City can be dangerous especially at high speeds," Southern Marin Fire said on social media.

It is not clear what led up to the accident and if speed was the only apparent factor in the wreck. 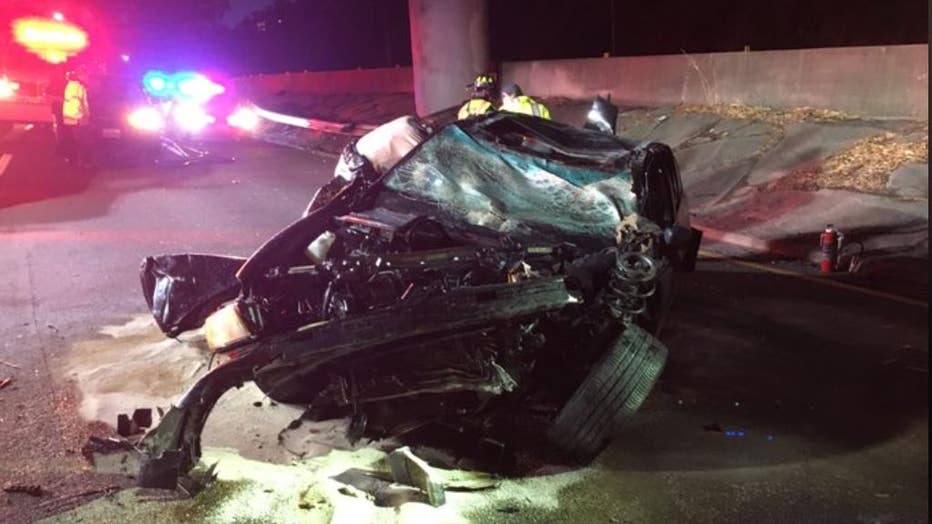