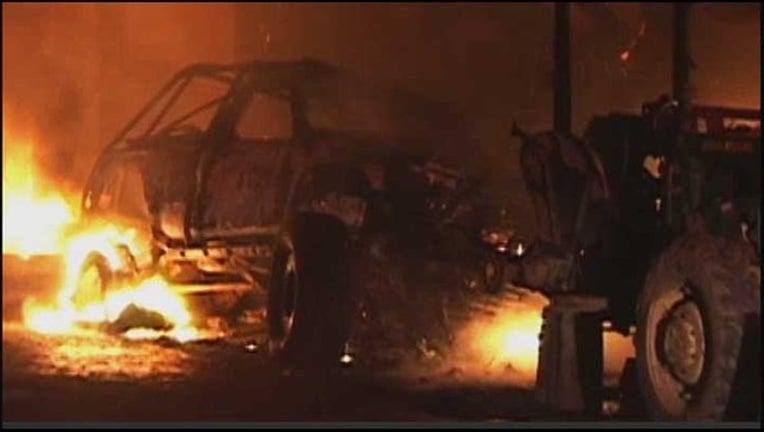 Fire crews responded to a report of a structure fire in the 4000 block of Old Sonoma Road west of state Highway 29 around 8 p.m., Cal Fire Capt. Joe Fletcher said.

A transformer was also damaged in the fire.

The one-story barn is on a vineyard and located about a half-mile away from the road.

The blaze was contained at about 9 p.m. and did not spread to the vineyard or wildland, according to Fletcher.

No one was inside the structure during the blaze.