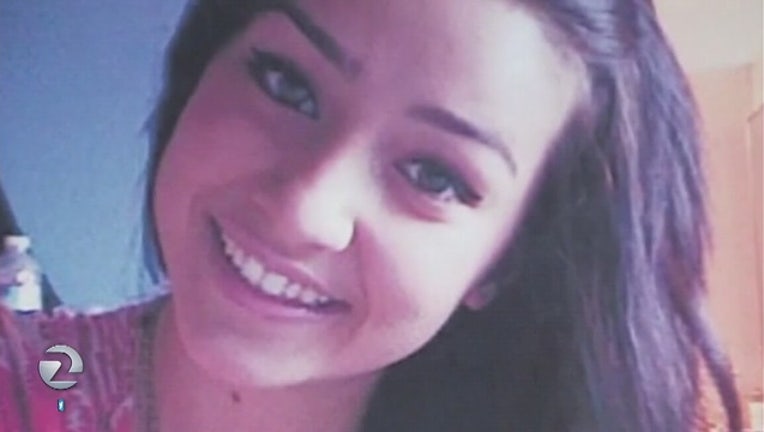 Prosecutors seeking to execute the man who murdered missing teenager Sierra LaMar drew out emotional testimonies from two of Sierra's best friends, her 10th grade English teacher and her older sister this afternoon.

Tuesday morning marked the beginning of the penalty phase of the months-long trial, in which jurors will decide whether to impose the death penalty or a life sentence without parole to 26-year-old Antolin Garcia-Torres following his May 9 conviction.

Channah Foreman and Karissa Pugh, who each met Sierra in high school, testified to her unique ability to make people laugh and share her natural self-confidence with others.

Jamie Simpson, Sierra's English teacher at Ann Sobrato High School in Morgan Hill, remembered the teen as a class clown who was friendly to everyone.

Simpson said that after Sierra went missing, she kept her corner desk empty for the rest of the school year and that a seat at the 2014 graduation ceremony was left empty in honor of the teen.

One of the three women who Garcia-Torres attempted to kidnap when she was 18 in a dark Safeway parking lot in Morgan Hill in 2009 gave a tearful testimony of the effect the event had on her, explaining through tears that now, at age 26, she still rarely goes anywhere by herself.

Garcia-Torres' sister's boyfriend, 29-year-old Jeff Dye, also testified today of a domestic dispute between him and the defendant.

In 2010, a 19-year-old Garcia-Torres was arrested after punching Dye in the face after he ordered him to move out of the small San Martin house where the three lived along with Garcia-Torres' mother, her boyfriend
and Garcia-Torres' pregnant girlfriend.

In a hearing outside the presence of the jury this morning, Berkeley-based psychologist Gretchen White responded to questioning by defense attorney Al Lopez and prosecutor David Boyd as each side grappled
with Judge Vanessa Zecher over how psychological testimony may be used in the case.

White said she met with Garcia-Torres for about 40 minutes last year but that he was uncooperative, telling her to stay away from his family members, many of whom she has interviewed.

Of the poverty, dysfunction, abuse, neglect and incest present in Garcia-Torres' home, White said she "can't imagine how it would not have" affected the defendant's development, but doubted that he has a diagnosable
condition.

Prosecutor Dana Veazey attacked the defense's plan to call medical toxicologist Andres Lugo to the stand to testify about Garcia-Torres' possible exposure to dangerous pesticides, perchlorates and mercury growing
up in a shack in the middle of strawberry fields where his Mexican immigrant parents worked, including while his mother was pregnant with him.

"It's asking everyone to make these leaps," Veazey said.