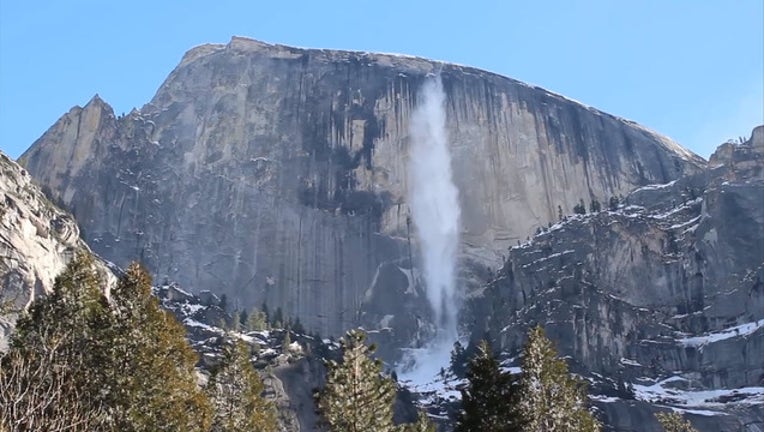 YOSEMITE, Calif. - Footage from Yosemite National Park on Saturday captured the moment a fall of ice and snow came crashing down the face of Half Dome, one of Yosemite's distinctive landmarks.

The thunderclap-like sound of the snow fall can be heard in the video, which was posted on the park's Facebook page.