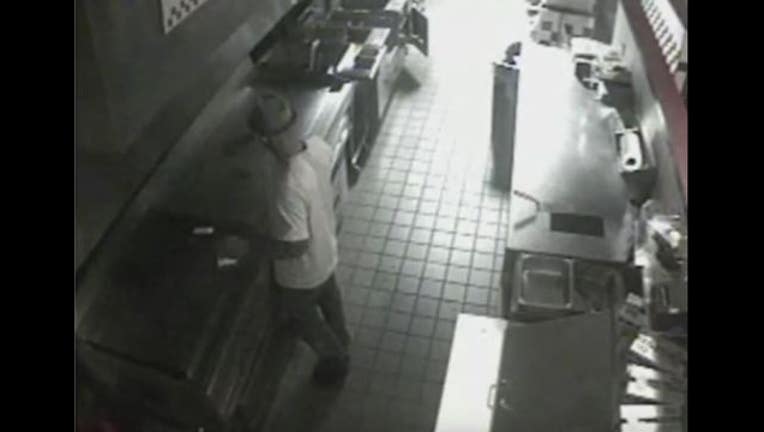 (KMSP) - Police are searching for a suspect who broke into a Five Guys in Washington, D.C. to make himself a burger around 3 a.m., a press release stated Sunday.

"A suspect followed a delivery man into the restaurant and waited until the delivery man left. He then rummaged through the establishment, cooked food, and stole bottled water before leaving the restaurant," the Metropolitan Police Department said.

Police released video of the March 18 incident caught on surveillance cameras between 3:10 a.m. and 5:05 a.m. on the 1400 block of Irving Street Northwest.

Anyone who has information regarding this case should call Metropolitan police at 202-727-9099.