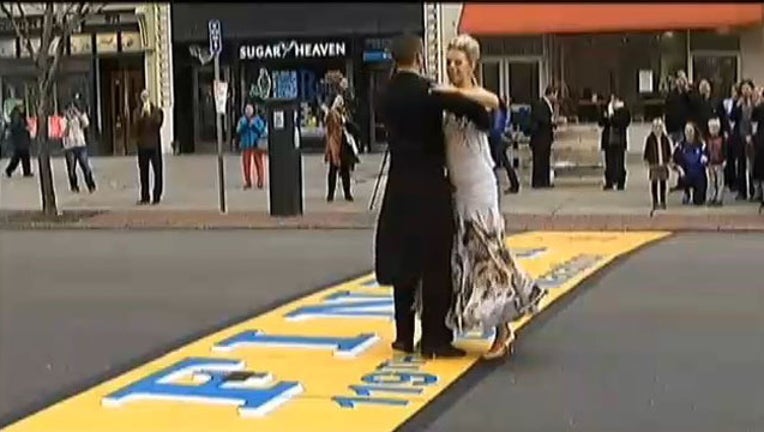 BOSTON (AP) - A professional dancer who lost part of her left leg in the Boston Marathon bombing has completed a foxtrot across the finish line.

Adrianne Haslet-Davis, wearing a long flowing gown and heels, danced across the finish line with a partner Tuesday morning as part of a commercial campaign.

Haslet-Davis, an instructor at the Arthur Murray Studio in Boston at the time of the attack, vowed in the days after the April 2013 bombings to dance again.She returned to the stage less than year later.

She called Tuesday's experience "incredibly cathartic" and said she now has a positive memory of the site.Haslet-Davis last week provided powerful testimony about the injuries she and her husband suffered during the bombing at the penalty phase of Dzhokhar Tsarnaev's trial.