Over the weekend, Oakland fire officials posted video of hundreds of people in the streets at Lakeshore and Brooklyn Avenues, impeding a fire engine en route to a call.

"Thankfully, the cool headed crew was patient with a crowd that was jumping, dancing and banging on the fire engine,” Oakland Firefighters Local 55 wrote on Facebook, adding that luckily, no one was injured.

Officials said that the crew was responding to an emergency call of a 24-year-old woman who was in and out of consciousness. A response that should have taken four minutes took more than 10, according to the fire department. "...our inability to respond to emergencies when we are needed most is distressing,” officials explained.

The Fourth of July proved to be extremely busy for fire crews in Oakland and across the Bay Area. Crews responded to hundreds of fires sparked by illegal fireworks. 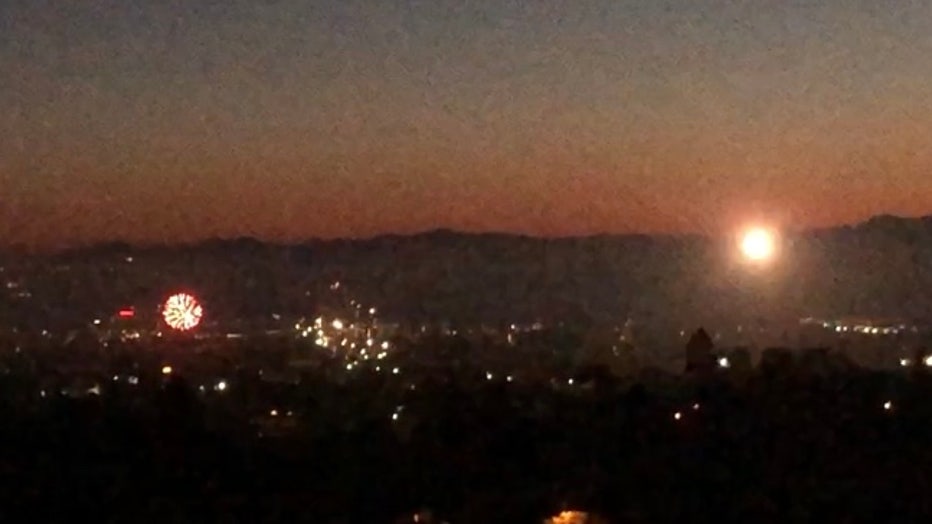 Oakland firefighters responded to hundreds of calls related to illegal fireworks on July 4, 2020.

Oakland fire officials said that adding to the concerns, the crowds that blocked their fire engine were not keeping a safe distance from one another, further exacerbating the challenges to public safety.

"We recognize the variables of our current reality are broad and complex," fire officials said, "but the lack of social distancing amidst a surging pandemic and the amount of illegal fireworks in the middle of wildfire season are extremely concerning.”

And official issued a stern warning to the public, saying, "in a few weeks some of our exposures to Covid 19 will stem from yesterday’s recklessness."