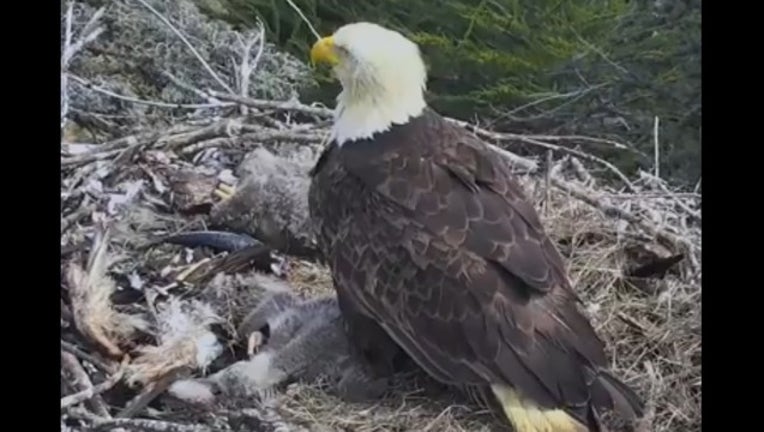 The rumble was captured by a live cam that observes the nest on Santa Cruz Island off the coast of Santa Barbara. Before the quake hit at 12:20 p.m. on Thursday, the mother eagle was sitting calmly with her three chicks.

But when the nest starts shaking, the bird quickly looked around before briefly leaving the nest. The mother returned to the chicks when the shaking stopped.

No injuries were reported by the temblor that seismologists said was the strongest quake to hit the area since a magnitude-5.1 shaker in La Habra on March 28, 2014.