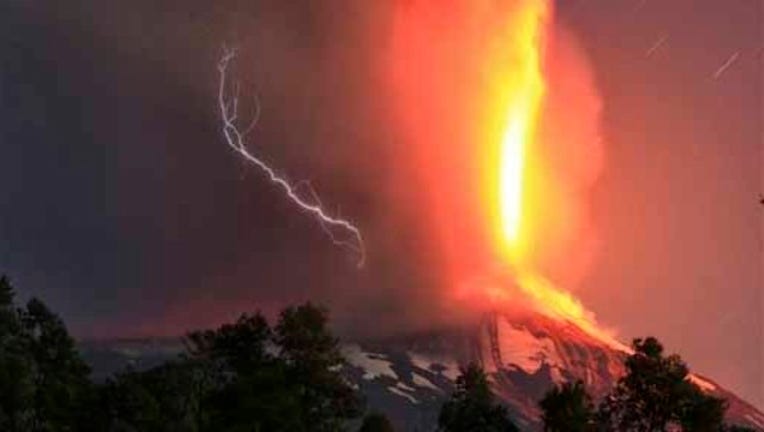 SANTIAGO, Chile (AP) — One of South America's most active volcanos erupted early Tuesday in southern Chile, spewing heavy smoke into the air as lava surged down its slopes, prompting authorities to evacuate thousands of people.

The Villarica volcano erupted around 3 a.m. local time, according to the National Emergency Office, which issued a red alert and ordered evacuations. Local media showed images of the volcano bursting at the top, glowing in the dark amid heavy smoke and rivers of lava.

Tourists flock there for outdoor activities like kayaking, horseback riding, fishing and hiking around the volcano, which last had a major eruption in 1984. Dozens of tourists were among those evacuated.

President Michelle Bachelet announced that she will travel to the volcano-hit area and asked residents to remain calm.

Chilean authorities had issued an orange alert on Monday because of increased activity at the volcano. About 3,500 people have been evacuated so far, including tourists, said Interior and Security Minister Rodrigo Penailillo.

Penailillo warned that the eruption had caused numerous rivers in the area to rise as snow along the sides of the volcano began melting.

Chile has more than 2,000 volcanoes in the Andes cordillera and about 90 of them remain active.