Terry Lauerman of Green Bay, Wisconsin has become somewhat of a legend to a local animal sanctuary, and to the cats he naps with every day.

GREEN BAY, Wis. - Terry Lauerman of Green Bay, Wisconsin has become somewhat of a legend to a local animal sanctuary, and to the cats he naps with every day.

The naps typically follow the “honorary cat grandpa’s” ritual of brushing the cats and spending time with them, getting to know each cat’s likes and dislikes, according to the sanctuary’s Facebook page. 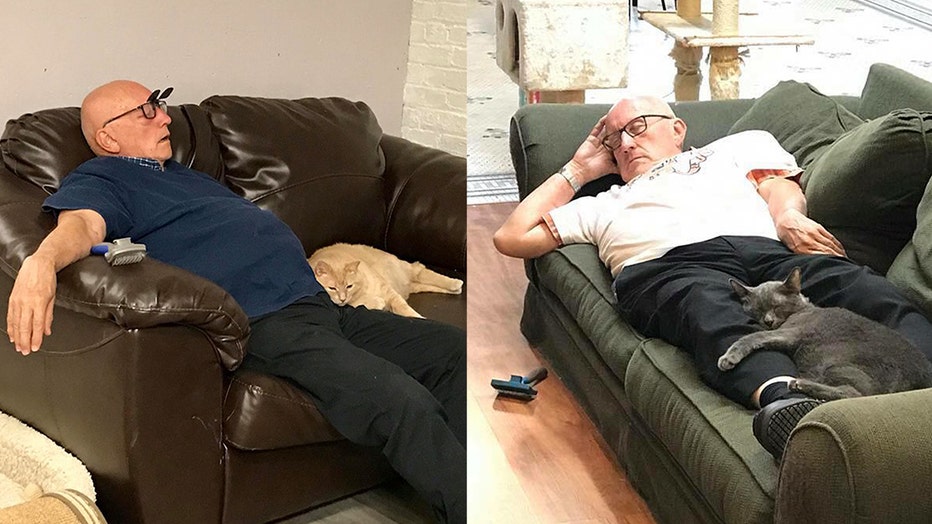 “We are so lucky to have a human like Terry,” wrote the sanctuary. “Terry just came along one day and introduced himself.”

Naturally, the photos gained the attention of thousands of people, many commenting praise for Lauerman’s affection and generosity.

The sanctuary went on to write that Lauerman was shocked when he was told that the posts went viral, saying, “If all of those people would just donate $5 to help the kitties, that would make such a big difference,“ according to the Facebook post.

While the sanctuary commented on Lauerman’s tendency to fall asleep while visiting the cats, they certainly don’t have any complaints.

“We don't mind - Cats need this! Terry is a wonderful volunteer,” says the sanctuary.