Voting ballots found tossed in ravine miles from where they were mailed; authorities investigating

Local and federal investigators are trying to determine how roughly two dozen ballots were apparently stolen last week. The voting materials, and other mail, were found miles from where it was mailed.

SAN JOSE, Calif. - Local and federal investigators are trying to determine how roughly two dozen ballots were apparently stolen last week. The voting materials, and other mail, were found miles from where it was mailed.

Twenty miles south of San Jose, the latest mystery in a mysterious election cycle. Approximately two dozen ballots and other pieces of mail, were found tossed in a ravine near Sugarloaf Road and Highway 17, in Scotts Valley, CA.

One of the ballots belonged to San Jose voter Lou Witkin.

"We had the mail-in ballots all filled out by Sunday evening, and we said, why wait?," he said.

Witkin and his wife of 48 years, Janet, both mailed their ballots Nov. 6 at a post office in the 4200 block of Payne Ave. Election Day came and went – then their ballots were discovered Veterans Day, in the ravine.

"I am concerned that these ballots were in the possession of the Postal Service and would like to know exactly what happened?," asked Santa Clara County Registrar of Voters Shannon Bushey. 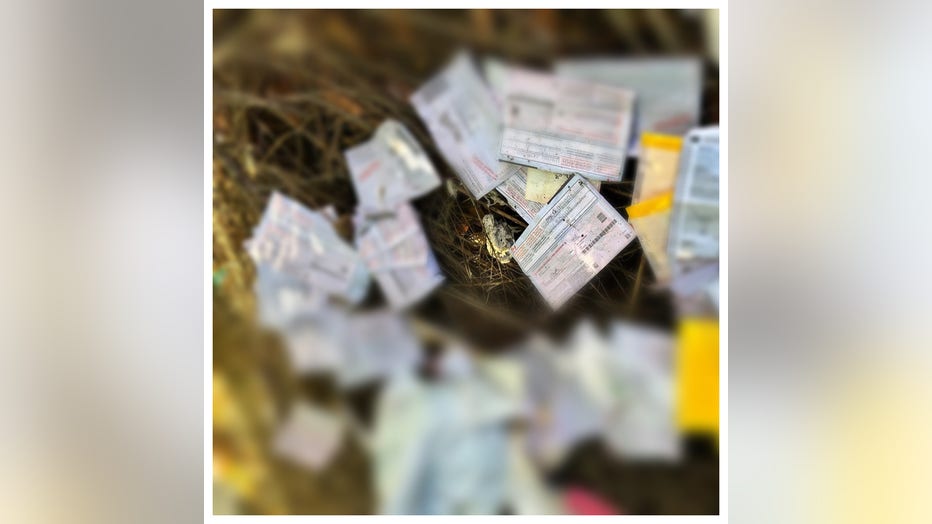 Bushey said her office is assisting a U.S. Postal investigation.

In an emailed statement, spokesman Justin Hastings wrote in part, "Postal Management is aware some mail, including ballots, were recovered in Santa Clara County, CA last week. We have confirmed the ballots were provided to the Registrar of Voters…"

"This is a big deal. And it is not only a local crime, but it is also a federal crime," said Prof. Brian Levin, a criminal justice expert at Cal State Univ. San Bernardino.

He said investigators must determine if there was an attempt to interfere with the election, or if this was simply mail theft which happened to snare ballots as well?

"We have the safest, and most trustworthy election system in the world," said Levin.

The Witkins’ don’t believe their ballots would have impacted any candidate’s race, or state measure. They’re confident in the system, and say they will once again trust the mail to deliver their election choices in 2024.

"We expect that they’re going to investigate this, identify what the problem was, and take corrective action," Lou Witkin.

Post investigators said they won’t make more statements until their investigation is complete.

The Registrar of Voters is consulting with the county’s legal counsel to see if the recovered ballots can be counted, or legally, must be thrown away.