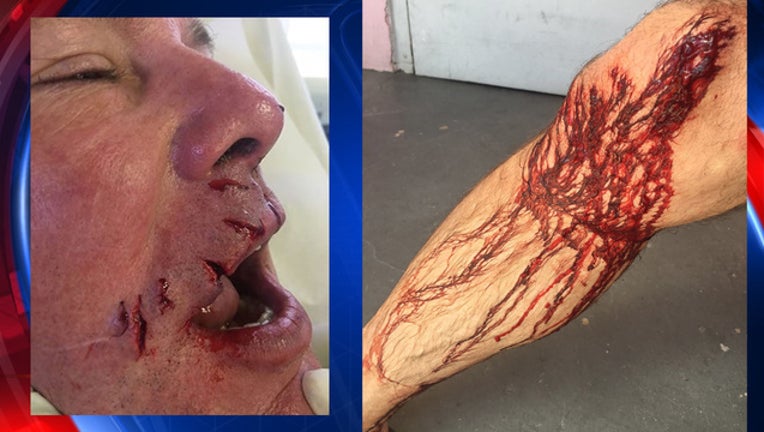 WACO, Texas (AP) — A Texas dentist on vacation in the Bahamas has survived being attacked by a 6-foot shark while free diving.

Dr. Steve Cutbirth of Waco suffered facial and right leg wounds that required stitches. Cutbirth, who was treated at a clinic, plans to remain on vacation this week but must stay out of the water.

Cutbirth says he speared a hogfish on Saturday and then a bull shark tried to get the fish.

“I looked to my right and there was the white bottom side of the shark's mouth along with a wide open mouth and plenty of teeth. I released the spear and fish and instinctively struck out with the back of my right arm and hand, still holding the spear handle, striking the shark square in the right side of its head,” Cutbirth wrote on Facebook.

Cutbirth, in a telephone interview Sunday with KWTX-TV, said he felt like he was "hit by a freight train in the head" before the shark took off with the hogfish. Cutbirth sustained bite-looking marks on his upper lip and cheek.

Cutbirth says he's been diving in the same spot for about 25 years and never had problems before.