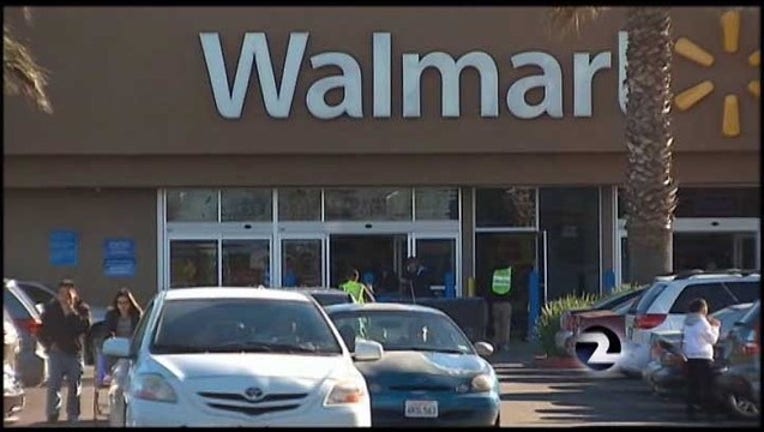 WASHINGTON (AP) — The modest raises that Wal-Mart has said it will give its lowest-paid workers provide a glimmer of hope for lower-wage workers in other companies and industries.

Other retailers and some fast food restaurants may now feel compelled to follow suit to retain their workers and attract others to fill openings, economists said.

Wal-Mart's move follows a sustained campaign for higher wages by some of the company's employees and a nationwide debate over whether to raise the federal minimum wage. Given Wal-Mart's position as the nation's largest private employer, its decision to yield, even in a limited way, could embolden more employees to seek raises.

"They really set the standard across the retail sector," said Claire McKenna, a policy analyst at the National Employment Law Project, a group that advocates for low-wage workers. "What they do really matters."

"It at least takes away the excuse from other firms that 'We'd like to raise wages, but we can't because we have to compete with Wal-Mart,'" Bivens said. "It could possibly give some competitive breathing space to other retailers to raise wages."

Wal-Mart's decision follows similar steps by other firms. The Gap has raised its minimum wage to $10 an hour. Swedish home furnishings retailer Ikea raised pay for thousands of its U.S. workers this year by an average of 17 percent to $10.76 an hour. Health insurer Aetna has said it will pay a minimum of $16 an hour. That's more than double the federal minimum wage of $7.25.

All of which means that many people who earn less than $10 an hour will now have more options.

"If you work at a fast-food restaurant" for $7.25 an hour, "you are going to want to leave that job and work at the Wal-Mart nearby," said Sylvia Allegretto, an economist at the University of California, Berkeley.

Allegretto noted anecdotal evidence, for example, that recent increases in Washington state's minimum wage — now $9.47 an hour — led residents of nearby Idaho to seek work in the state.

Workers at McDonald's and other fast-food companies have agitated for higher pay, coalescing around demands for $15 an hour.

But unlike Wal-Mart, which owns all its stores, the fast-food industry is largely franchised. Companies like McDonald's, Wendy's and Burger King say they don't make employment and pay decisions on behalf of their franchisees.

The relationship between companies like McDonald's and workers at franchised restaurants has come under intense scrutiny, however. Last year, in a victory for unions, the National Labor Relations Board ruled that McDonald's is a "joint employer" that could be held liable for its franchisees' policies. Hearings on disciplinary steps are set for March. McDonald's has vowed to contest the NLRB's ruling.

Kathryn Slater-Carter, who owns a McDonald's franchise near San Francisco, thinks businesses located near a Wal-Mart store could be forced to raise pay. She suggested, though, that this could be beneficial for everyone: By paying and treating workers better, franchisees could benefit from stronger applicants and lower turnover, which can itself raise costs.

"In any community, how you treat your employees gets known by everyone," Slater-Carter said. "You can get a bad reputation, and then you have trouble getting employees."

Still, she noted that the costs that franchisees already bear — from food ingredients and renovations to electricity and franchise fees to corporations — limit their ability to raise pay. Last year, Slater-Carter backed a California bill that would give franchisees greater protections from companies. The bill was vetoed by the governor.

Many states and cities have also raised their wage floors. Twenty states, including Florida, New York and Washington, raised their minimums at the start of this year. For the first time, a majority of states — 29 — have minimums above the national level.

Paul Osterman, a management professor at MIT, said the decision was at least partly a result of pressure from organizations such as OUR Walmart, a union-backed group of the company's employees.

Wal-Mart has faced opposition when it's tried to expand in the Northeast and in many large cities, mostly because of its low pay, Osterman noted.

"They're running out of rural areas," he said. "To grow, they need to move into the cities."

Allegretto said a surge of hiring across the nation in recent months has likely have made it harder for Wal-Mart to hire without raising pay. Economists see that as a benefit of an improving economy: It eventually forces higher wages.

That's why liberal economists like Bivens, at the Economic Policy Institute, want the Federal Reserve to delay raising the short-term interest rate it controls until wages rise faster. Other analysts worry that a delay in raising rates could inflate asset bubbles or lead to high inflation.

"We want an economy where employers have to bid for workers," Bivens said.