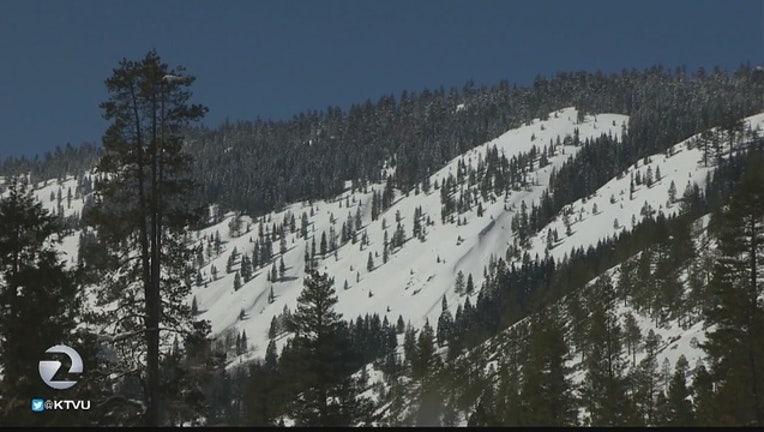 PHILLIPS STATION, Calif. (AP) - Melting of this year's massive Sierra Nevada snowpack will cause California rivers to surge and possibly overflow their banks well into the summer this year, officials said Monday.

Among the first to be affected will be the Merced River running through Yosemite National Park, which is expected to hit flood stage by mid-week with waters rising a foot above its banks, forecasters warned.

Large amounts of water are being released from reservoirs downstream from the Sierra Nevada to lower their levels in anticipation of the heavier-than-normal melt off of snowpack, which is nearly double its normal size.

Reservoirs on tributaries of the San Joaquin River are also being lowered and will continue to be through June to avoid the possibility of being forced to use spillways for emergency water releases, reservoir managers said.

People who flock to the Tuolumne River for recreation will have to be careful of the potential for rapidly rising and dangerous river waters, said Calvin Curtis of the Turlock Irrigation District.

The snowmelt flows downhill during warm months into reservoirs and canals, which supply one-third of the water used by residents of the most populous U.S. state. It also irrigates crops in the nation's most productive farming state.

The heavy snowpack today blanketing the 400-mile (644-kilometer) long Sierra Nevada stands in contrast to two years ago when barely any measureable snow remained at this time of year amid California's drought, state water managers said.

The California Cooperative Snow Surveys Program on Monday measured that snowpack contains nearly twice the amount of water typically found in the snow at this time of year.

While the heavy snow and its high water content will help prevent water shortages that California residents endured over the last several years, the tough winter was cruel to mountain wildlife - killing off bighorn sheep and lengthening hibernation periods for bears.

During California's drought, the iconic Sierra Nevada bighorn sheep moved from lower elevations higher up into the mountains in search of food, said Jason Holley, a wildlife biologist for the California Department of Fish and Wildlife.

"They've triggered some avalanches," Holley said. "Others go caught in areas with no natural food."

The snowdrifts have also kept many bears hibernating in the remote wilderness inside their dens one month longer than normal because food is still scarce, Holley said.

Hikers heading to the mountains are sure to find damaged roads leading to prized campgrounds that may not be repaired until next year, said Stanislaus National Forest officials.

In Yosemite National Park, rangers warned that visitors will need to be careful when they are near swift-flowing rivers and waterfalls with much higher water flows than normal.

Inexperienced hikers heading into the mountains should be prepared for snow lasting longer than normal this spring and should hike with more experienced people or consider heading to coastal mountains not covered in snow, said Kathryn Phillips, director of the Sierra Club California

"Not only is it technically difficult, it is pretty uncomfortable," Phillips said. "If you've never done it before, go with somebody who has."