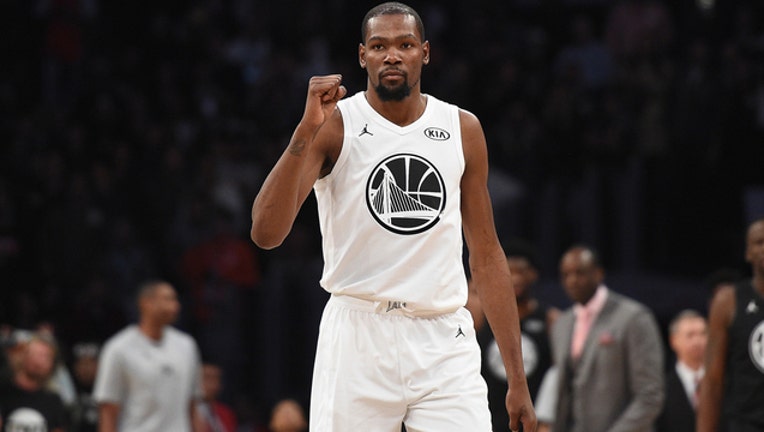 Although the boys were wearing Timberwolves gear - they appeared to be thrilled with the surprise.

Tom Mount posted the video on Twitter writing, "Thank you @KDTrey5 for making this a night we will never forget, by surprising our kids with a pizza delivery to our hotel room. What a great guy!"

Durant met the boys along with their dad before posing for a photo with the kids.

Durant's surprise came after the Warriors beat the Timberwolves 117-107.