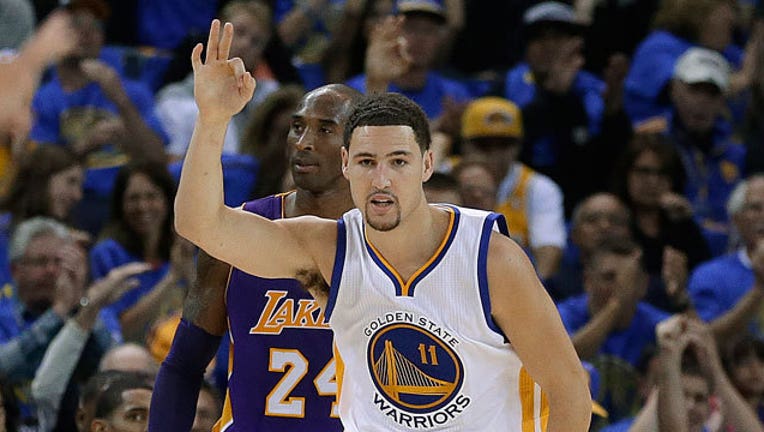 Thompson turned his ankle awkwardly as he stepped on Tarik Black's foot in the third quarter of Golden State's 108-105 win over the Los Angeles Lakers on Monday night. Thompson had his ankle re-taped in the locker room and returned in the fourth quarter, finishing with a game-high 26 points.

Hawks sharpshooter Kyle Korver is out at least another two games after breaking his nose in a win against the Lakers on Sunday. Korver went out after absorbing an offensive foul from Ed Davis.