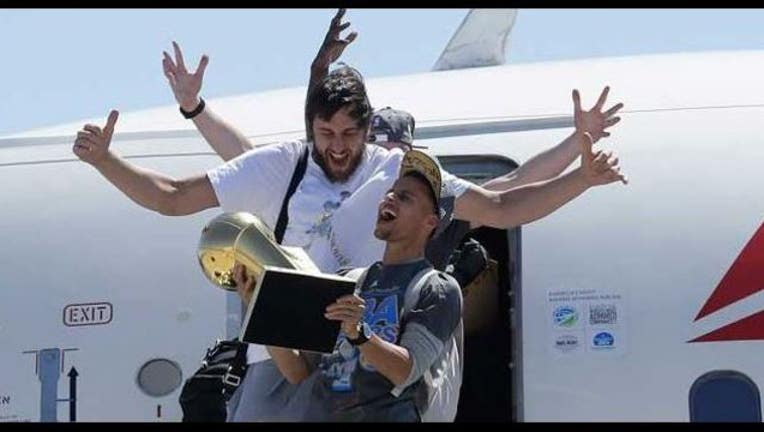 OAKLAND, Calif. (BCN) - The Golden State Warriors will take a trip to the White House this week to celebrate their first NBA championship in 40 years, White House officials announced Monday.

The Warriors have continued to dominate the NBA this season.

Last year's league MVP Stephen Curry has only improved this year, leading the Warriors to a record-shattering 24-0 start to the season.

They have continued dominating the league, amassing a 44-4 record that puts them on track to break the 1995-96 Chicago Bulls record for most wins ever in a season.

Curry, along with teammates Klay Thompson and Draymond Green, have been selected to play in the NBA's All-Star Game on Feb. 14.