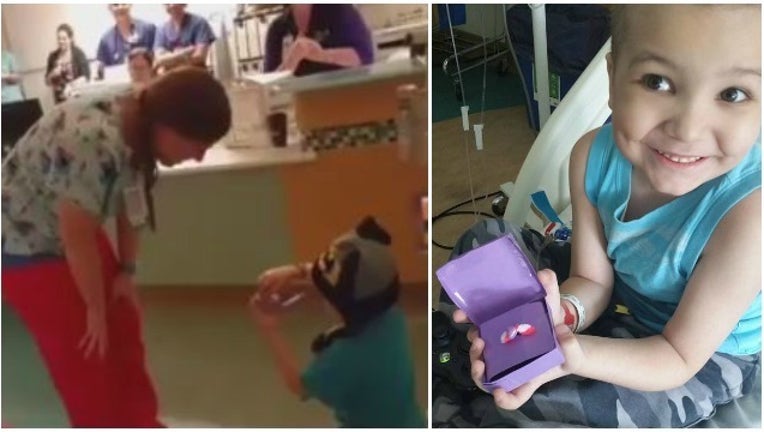 SAN DIEGO, Calif. - A little boy battling leukemia decided to take things to the next level with his favorite nurse… he proposed!

“The news was a hard pill to swallow at first, but with the help of Rady Children's Hospital San Diego and further research we learned that with his age, and that we caught it so soon, there is a 90% chance to cure him in the next 3 1/2 years,” his family said on Gideon’s GoFundMe page.

Gideon has formed a special bond with a nurse he calls “tall Sarah.” They are so close that Gideon decided to pop the question and ask Sarah to marry him. A video of the proposal was shared on Facebook.

“Of course, you can be my hospital husband,” the nurse said.

“He believes in a long engagement to get to know each other first,” a family member joked. “Old fashioned values!”

You can learn more about Gideon’s fight against cancer by following The Adventures of Iron Gideon on Facebook. If you would like to donate toward Gideon’s medical expenses click here.