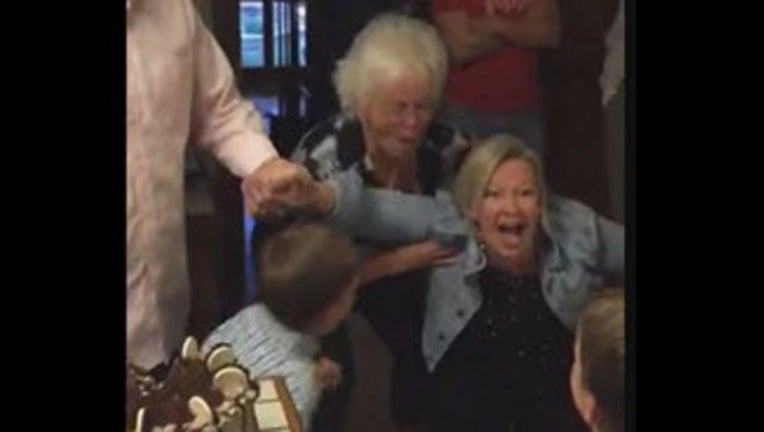 APEX, NC--A mother of six boys in North Carolina is finally getting a baby girl. Cher Lair and her husband Stephen are expecting their seventh child.

At a gender reveal party Monday, she found out the lucky number seven would be a girl. Her reaction is priceless. Cher says she gave up hope she would ever have a girl.

"Initially, on baby three and four I'm thinking they'll be a girl at some point. They can't all be boys. But after four and five and six, You're kinda thinking, yeah they can," Cher explained.

The newest addition to the lair family is expected to arrive in August.