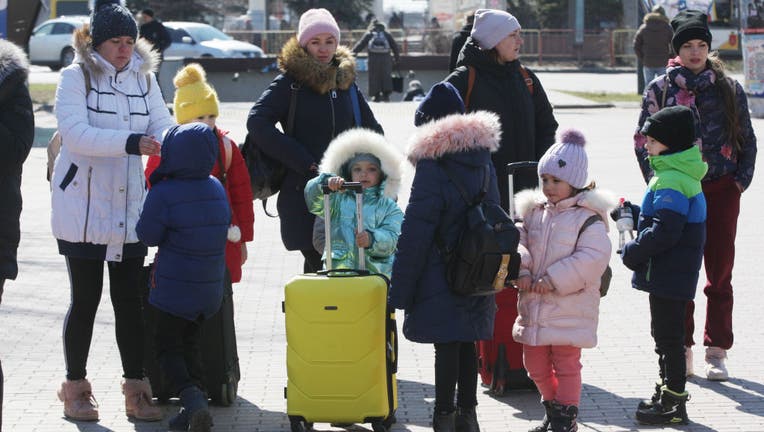 Ukrainian refugees prepare to take a bus for a trip organized by Ukrainian Red Cross Society to escape from Ukraine in city of Odesa, Ukraine 17 March 2022. More than 300,000 people have entered Moldova of which 110,000 are staying to escape from war (Getty Images)

OAKLAND, Calif. - Russia's war against Ukraine has created a humanitarian crisis on a scale in Europe that has not been seen since World War Two.

Images of the conflict have shown apartment buildings, a maternity hospital and other places of refuge that have been damaged by Russian attacks. Thousands of people have been killed and nearly 3 million have become refugees since the invasion began last month.

In the face of so much destruction, many people are looking for ways to support Ukrainians.

Here are some of the major, trusted organizations that are involved in the relief effort.

For more suggestions, look at Charity Navigator's site, which has a list of highly-rated organizations providing relief.