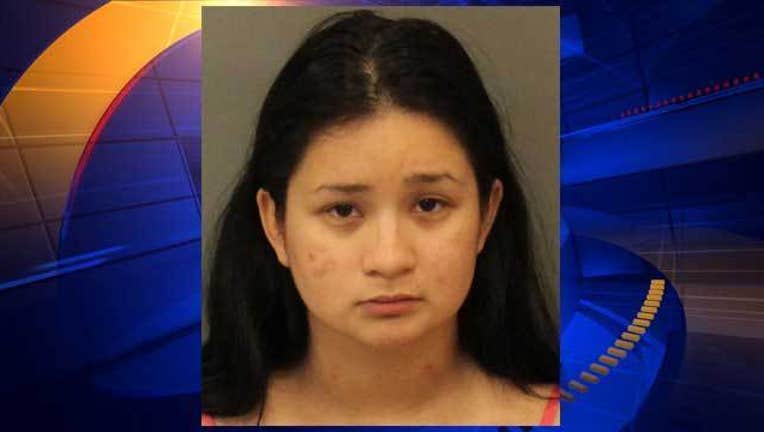 GILROY, Calif. (KTVU and wires) -- A 19-year-old San Jose woman has been arrested in the homicide of a man whose body was found in his Gilroy home on Feb. 16, police said Monday.

Police believe that Ortiz was one of two women seen on surveillance video at a convenience store on White Road in East San Jose and used Heiser's credit card to buy items hours after his death, Espinoza said.

At 2:59 a.m. Feb. 16, police went to investigate a complaint from a neighbor about a noise near Heiser's residence in the 1400 block of Bay Tree Drive near Santa Teresa Boulevard.

The neighbor had heard dogs barking in the area of Heiser's home and after officers entered his residence, they found Heiser lying unconscious inside.

He was pronounced dead at the scene. Although he had no visible signs of a violent death, police regarded his death as suspicious.

After releasing photos of the two females in the surveillance video as persons of interest, police received a number of tips that led to

Officers are investigating Ortiz in connection with other incidents in Bay Area cities, he said.