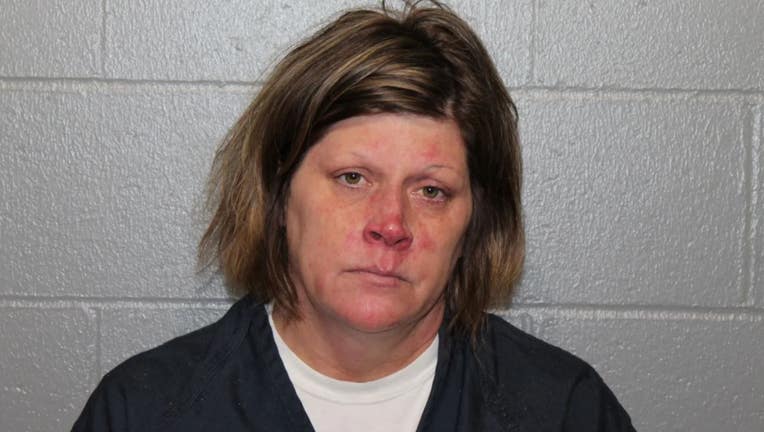 A Minnesota woman accused of abandoning two newborn babies in bodies of water about two decades ago was arrested this week and charged with murder, the Goodhue County Sheriff's Office and the Minnesota Bureau of Criminal Apprehension announced.

Jennifer Lynn Matter, 50, allegedly abandoned a baby boy at Lake Pepin, about 40 miles south of Minneapolis, on Dec. 7, 2003. She was charged with second-degree murder in that case.

Matter told authorities during the investigation into that baby's 2003 death that she also abandoned another baby in 1999, according to a criminal complaint.

During an interview earlier this month, Matter told investigators that in 1999, she was "in and out of jail, drinking too much, doing a lot of stupid things, and had experienced chaotic life circumstances for a long time."

"She stated that she was not aware that she was pregnant and that when she was on her way to drop off her kids (ages 2 and 5) at school and daycare, that she started bleeding," a criminal complaint says.

Matter told investigators she gave birth to a baby at her home, then drove the infant to a local park the next day and "put her in the water near the boathouses."

Authorities are still reviewing the 1999 case and deciding whether to charge her in the baby's death.

Matter later told investigators that she was at a "public beach by herself when she went into labor" in 2003, and left the baby on the beach before driving away, according to the complaint.

The investigations into the two newborns' deaths were cold cases for years. DNA comparisons conducted in 2004 and 2007 confirmed that the babies were related, then genetic gemology led investigators to Matter last year. A rapid DNA test then confirmed her match to both children last year.

"Genetic genealogy and Rapid DNA testing were both employed to develop a break in the case and then ​quickly confirm the identity of the babies' mother," Minnesota Bureau of Criminal Apprehension Superintendent Drew Evans said in a statement.

"These kinds of scientific advances that can aid investigations are happening all the time. That is why it is so important to never give up on any unsolved case."