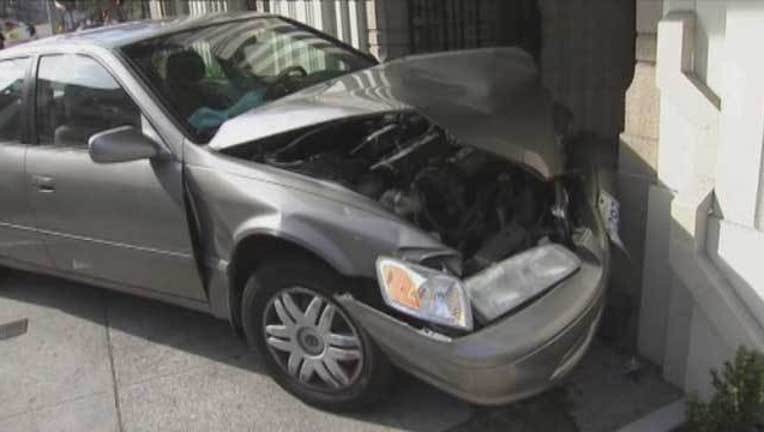 SAN FRANCISCO (KTVU) -- A woman was hospitalized in San Francisco Friday morning after an accident that sent a car slamming into a funeral home.

Police said the accident happened at the busy intersection of Geary Boulevard and Divisidero Street at about 9:45 a.m.

A white Chevy sedan collided with a Toyota. Investigators say the Toyota wound up hitting Sinai Memorial Chapel right by an entrance.

A 75-year-old woman was taken to the hospital. The extent of her injuries was not known.

It appeared nobody else was hurt in the accident.