The NYPD wants to find the man who kicked a woman down a subway escalator in Brooklyn.

NEW YORK - The NYPD is asking for the public's help identifying the man who kicked a woman causing her to fall down an escalator inside a subway station in Brooklyn.

The shocking assault took place on Sept. 9 at about 7:15 p.m. inside the Atlantic Avenue- Barclays Center station.

Video of the incident appears to show the suspect exchange words with the woman as he walks past her and up the escalator.

The man then kicks the 32-year-old woman in the face. She falls back narrowly knocking over a man behind her and lands at the bottom of the escalator. The woman's condition was not immediately clear.

Anyone with information about the suspect is encouraged to contact the NYPD Crime Stoppers @NYPDTips  or anonymously at 1-800-577-TIPS. 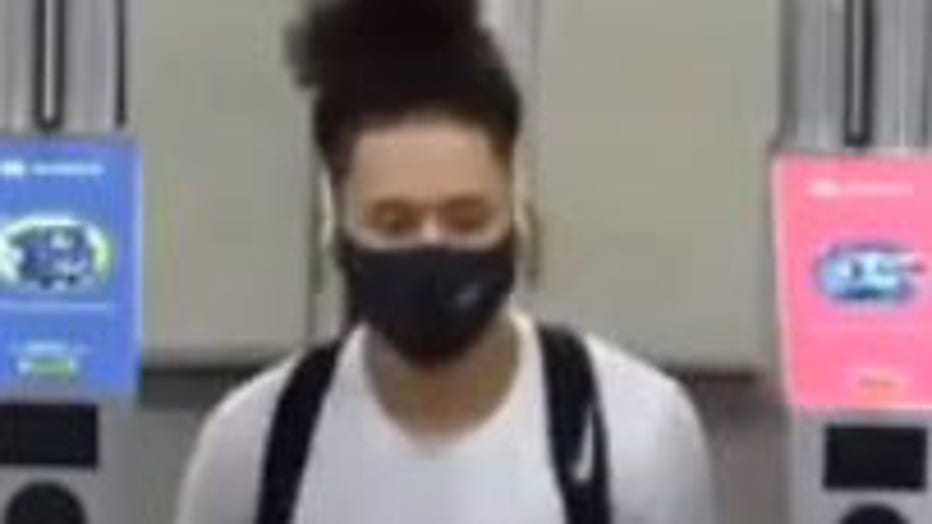 The NYPD wants to find the man seen in this screen shot. In the video, he is seen pushing a woman down a subway escalator in Brooklyn. (FOX 5 NY)

The plea from cops comes as the Metropolitan Transportation Authority announced that all of New York's 472 subway stations were now equipped with security cameras.  The installation of the cameras has been accelerated over the last year after crime spiked in the subway system during the pandemic while ridership dropped.

Some of the cameras broadcast in real-time to the subway's security center, while others record locally and can provide footage that can be used in criminal investigations.

While crime has continued to be an issue, the MTA says the increased number of cameras has helped increase arrests by more than 28 percent. 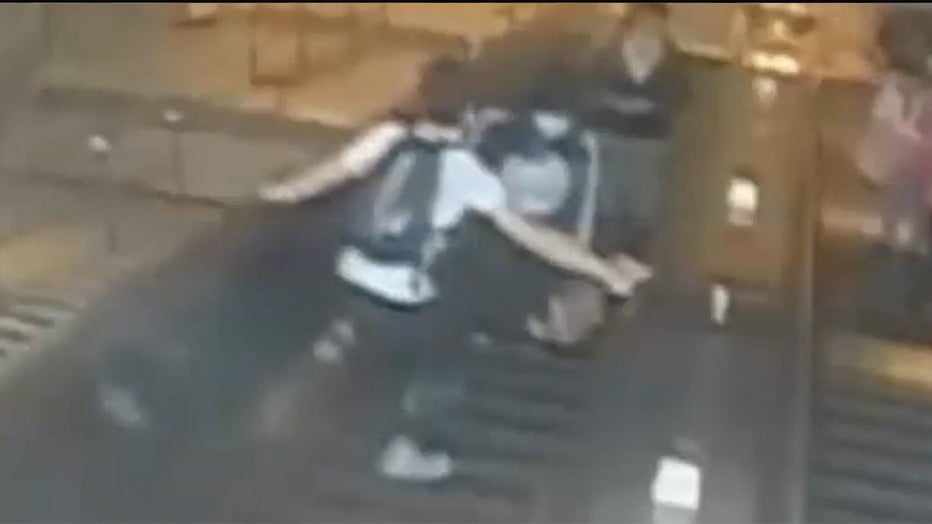 The NYPD is asking for the public's help identifying the man who kicked a woman causing her to fall down an escalator inside a subway station in Brooklyn.