Here is some aerial footage of the deadly mansion party in LA. One woman was killed and three others were shot. bit.ly/3ibkQsR

LOS ANGELES, Calif. - A woman was killed and three others were injured in a shooting Tuesday morning at a large party taking place at a mansion in Beverly Crest where police had earlier responded to multiple calls of disturbing the peace.

Firefighters and paramedics responded to the 13200 block of Mulholland Drive about 12:45 a.m. and located three adults who had been wounded, treated at the scene, then taken to a hospital, according to Nicholas Prange of the Los Angeles Fire Department.

The woman listed in grave condition was later pronounced dead. Police said she was believed to be around the age of 35. Her identity has not been released.

The other two victims transported were in stable condition Tuesday morning. 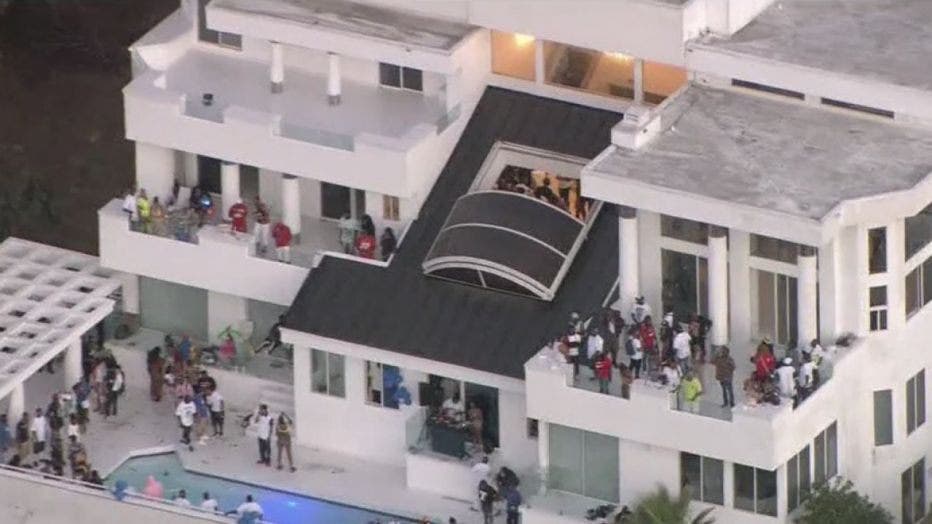 Police received at least five calls from residents who reported instances of disturbing the peace in the neighborhood beginning about 6:30 p.m. Monday, and when officers arrived they found a large party taking place at a three-story home with about 200 people attending, according to the Los Angeles Police Department.

The mansion was being used as a rental property.

FOX 11 located a listing for the property on VRBO that showed the mansion renting for just under $10,000 per night. FOX 11 reached out to VRBO for comment and a spokesperson told us "this property is not listed on our site." The listing was removed from VRBO's website a short time later.

Officers enforced traffic and parking violations, but did not enforce the county's health order banning large gatherings, the department said. Several people at the party were not wearing masks.

Authorities told FOX 11 that the shooting appeared to be gang-related.

Additional details were not immediately available.