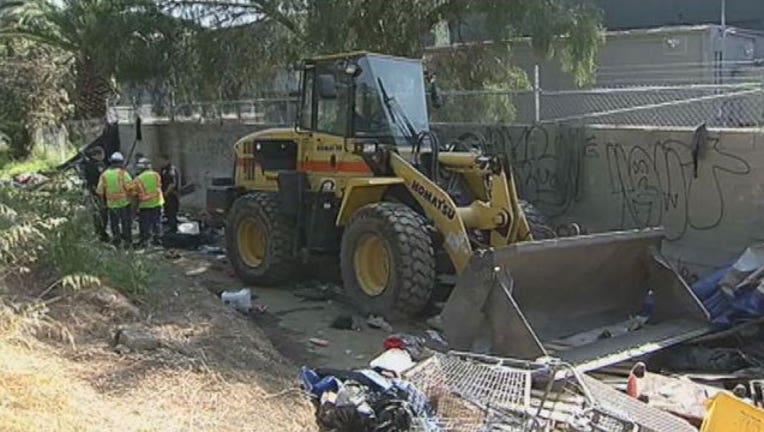 SAN JOSE, Calif. (KTVU and wires) -- The California Highway Patrol and the San Jose Fire Department have responded to a medical emergency involving a loader that injured a person while Caltrans was clearing a homeless encampment on Story Road in San Jose, the CHP said.

The Fire Department received a call about the emergency at Story and U.S. Highway 101 at 9:52 a.m., a city fire dispatcher said.

Caltrans was removing inhabitants from the encampment on Story and using a skip loader to tear down a tent when a resident warned them that a person was still inside, CHP Officer Ross Lee said.

The loader had struck a woman inside the tent, causing her to suffer minor injuries, Lee said.

City fire medical personnel treated her for her injuries at the scene, but it was not clear if she required transportation to a hospital, Lee said.