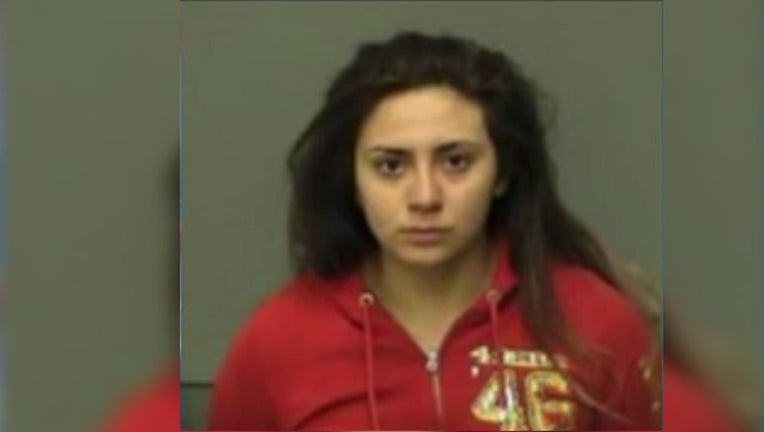 STOCKTON, Calif. - A California woman released on parole after serving a sentence for driving drunk while livestreaming a crash that killed her younger sister has been arrested after crashing a car during a police pursuit.

It says officers tried to stop Sanchez for a vehicle code violation, but she did not pull over. She crashed near a highway on-ramp and was arrested.

Sanchez was sentenced to six years and four months in prison for driving under the influence and her sister's death. She was released last month after receiving credit for good behavior.

Prosecutors say Sanchez livestreamed on Instagram while driving. The video shows her taking her hands off the steering wheel.