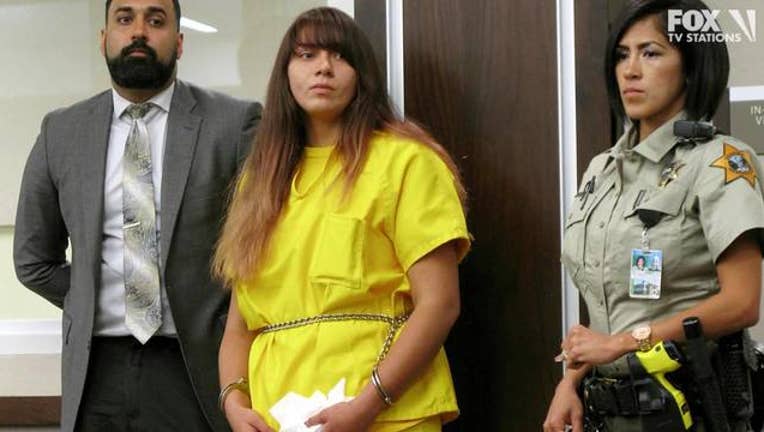 LOS BANOS, Calif. (AP) - A California woman convicted of driving drunk while livestreaming the crash that killed her younger sister has been released on parole after serving 26 months in prison.

Obdulia Sanchez was convicted of gross vehicular manslaughter, DUI and child endangerment. She was sentenced to six years and four months in prison.

She was 18 at the time of the crash two years ago. The car driven by Sanchez veered onto the shoulder of a road in Los Banos, about 100 miles (160 kilometers) south of San Francisco.

Authorities say she overcorrected, causing the vehicle to swerve and overturn, ejecting her 14-year-old sister.

Prosecutors say Sanchez was livestreaming on Instagram while driving, and the video shows her taking her hands off the steering wheel.