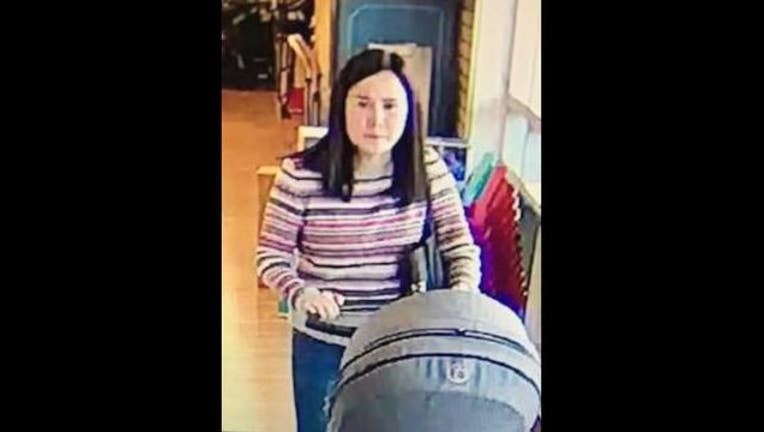 According to Daly City Police, the woman entered the store, which is located in the Serramonte Center, around 4:08 p.m. Thursday. At that time, she had an infant with her in a shopping cart.

According to investigators surveillance footage shows the woman leaving the store around 4:53 p.m. in a stolen Stokke XPlory stroller which retails for about $1,000.

The suspect is described as an Asian female in her early 30's, approximately 5'6, 115 lbs, with shoulder length black hair and black eyes. Store employees who interacted with her said she spoke with a thick Chinese accent. She was wearing a long sleeve multicolored sweatshirt and blue pants.