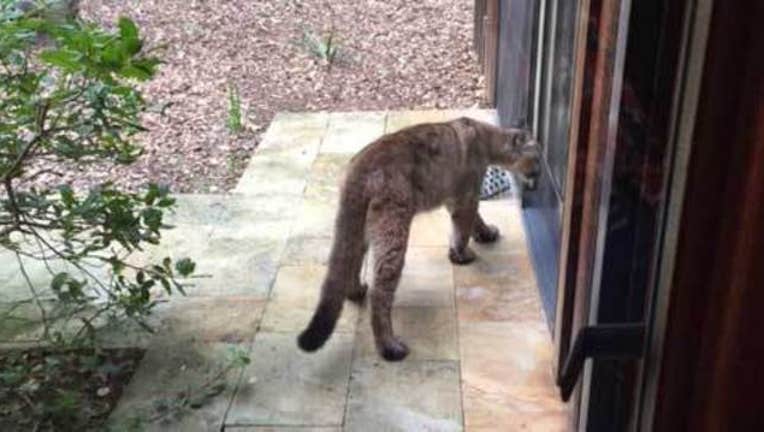 The resident reported seeing the mountain lion at 9 a.m. at her home in the 200 block of Mountain Wood Lane, according to the sheriff's office.

Sheriff's deputies responded and the mountain lion left the porch and ran into the hills. The lion was on the resident's porch for about 15 minutes, sheriff's officials said.

Residents should avoid approaching a mountain lion, especially if it is feeding or has offspring with it, though most lions avoid confrontation, sheriff's officials said.

Residents that do encounter one should face it, make noise, try to look bigger by waving their hands and throw rocks or other objects. Residents should also keep a close watch on small children, according to the sheriff's office.

Sheriff's officials also suggest that residents avoid hiking or jogging at dawn, dusk and night, when mountain lions are most active.