LONDON (AP) - Dominican boxer Lenin Castillo was taken to the hospital after being carried out of the ring on a stretcher following a devastating knockout by British opponent Callum Smith on Saturday.

Event promoter Eddie Hearn said the 33-year-old Castillo was "responsive" after needing treatment by medical staff in the ring at Tottenham Hotspur Stadium in one of the fights on the undercard of the world heavyweight title bout between Anthony Joshua and Oleksandr Usyk.

Castillo's legs appeared to spasm after he hit the canvas and referee Bob Williams quickly called off the fight in the second round. 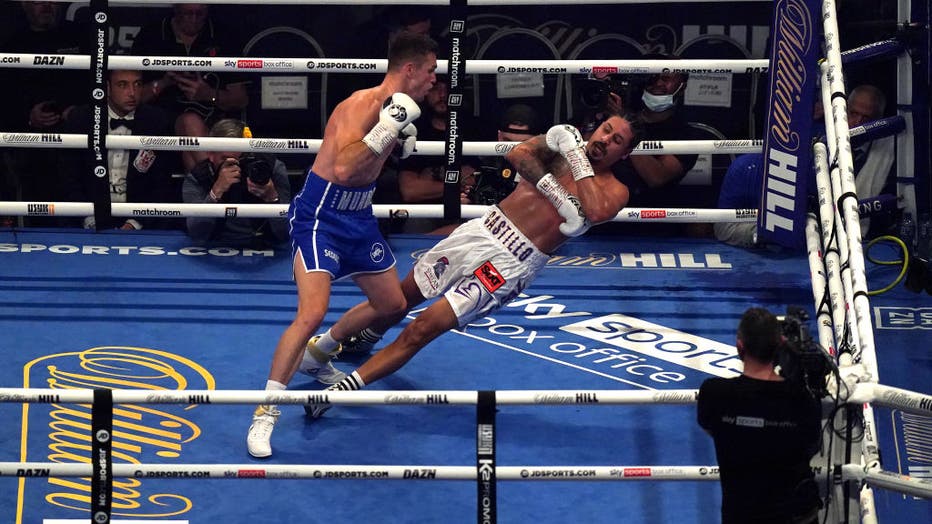 Smith, in his first fight since losing to Canelo Alvarez at super-middleweight in December, jumped on the rope after the knockdown but cut short his celebrations in concern for his opponent, who appeared to be hit flush on the temple.

Later, Lawrence Okolie made a successful first defense of his WBO cruiserweight title with a third-round stoppage of the previously undefeated Montenegrin Dilan Prazovic.

Okolie had already forced Prazovic to take a knee after a vicious uppercut in the second round when he landed a big left into the ribs of his opponent, who was off balance after breaking free from a headlock.

The referee counted out Prazovic, who was wincing in pain and holding his side.