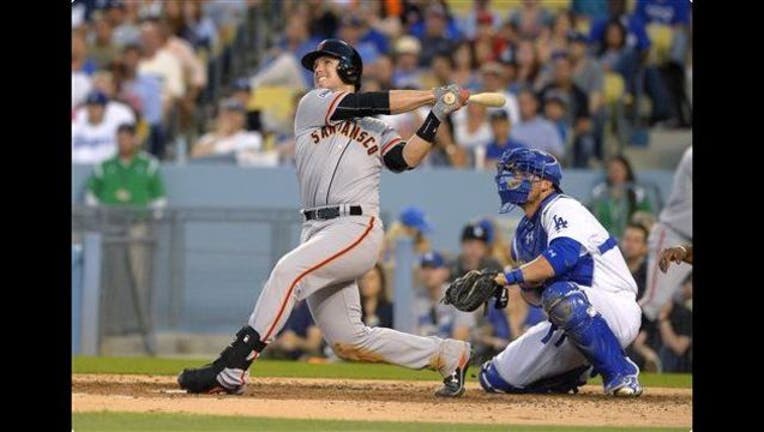 SAN FRANCISCO (AP) -- Catcher Buster Posey was placed on the seven-day disabled list with concussion symptoms Tuesday, a day after he was struck in the helmet by a 94 mph fastball from Arizona's Taijuan Walker.

While manager Bruce Bochy said following Monday's 4-1 victory that Posey was doing fine, the Giants planned to check in with him overnight and re-evaluate him Tuesday. They weren't going to take any chances with the 2012 NL MVP and 2010 Rookie of the Year.

The 0-1 fastball with two outs in the first inning sent the Gold Glove catcher immediately to ground. Athletic trainer Dave Groeschner sprinted toward the plate and manager Bruce Bochy was right behind. Posey got up on his own but exited the game, with Nick Hundley entering to pinch run and stay in the game behind the plate.

Catcher Tim Federowicz had his contract purchased from Triple-A Sacramento to take Posey's place, while right-hander Clayton Blackburn was designated for assignment.