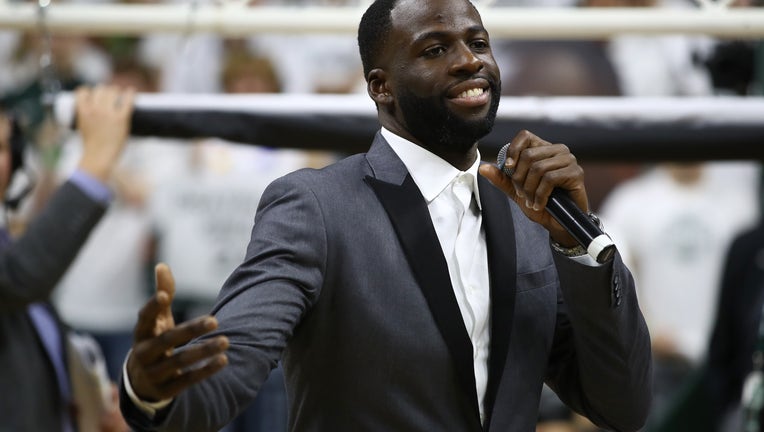 Draymond Green #23 of the Golden State Warriors talks to the fans during his college jersey retirement at a game between the Duke Blue Devils and Michigan State Spartans at the Breslin Center on December 03, 2019 in East Lansing, Michigan. Duke won t ((Photo by Gregory Shamus/Getty Images))

Green's Michigan State University No. 23 jersey was lifted to the rafters during halftime of MSU's game against Duke, recognizing his contributions to the basketball program.

With his family, Warriors teammates and coaches on hand to witness the occasion, Green said, his voice quavering, "Every time I walk in this arena, I look up there and now I'll walk in here and see my name up there."

The Michigan native spent four years with the Spartans and he played in two Final Fours while at the university. Green said growing up, his dream was to play for Michigan State and he never imagined having his jersey retired.