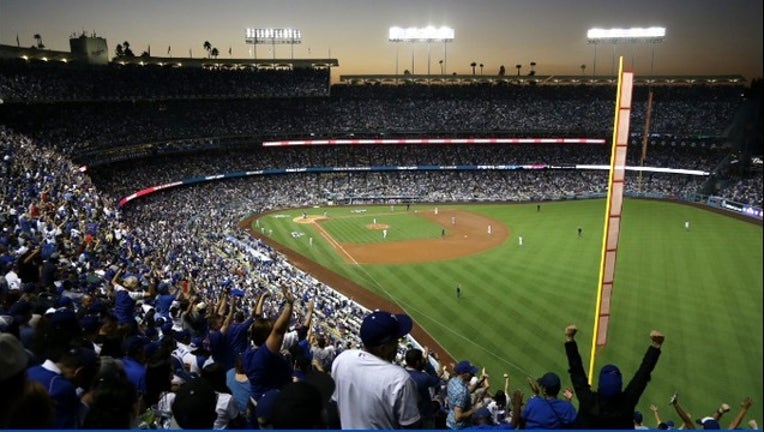 File photo - A 47-year-old man was hospitalized in serious condition after being struck during an argument that turned violent outside Dodger Stadium. (Getty Images)

LOS ANGELES (AP) - A 47-year-old man was hospitalized in serious condition after being struck during an argument that turned violent outside Dodger Stadium, Los Angeles police said.

The victim was punched once by another man and fell to the ground in a parking lot following Friday night's marathon six-hour game against the Arizona Diamondbacks, said Officer Rosario Cervantes.

Reyna said she was on the phone with her husband as he was leaving the stadium and heard a woman and a man arguing with him. She said she heard a crack and then her husband started moaning.

Police said they are investigating the encounter as an assault. No arrests have been made.

The suspect may have driven off in a white SUV, possibly a Toyota 4Runner, according to investigators.

The Dodgers released a statement saying the team was cooperating with police.

The incident recalled an attack on opening day at Dodger Stadium on March 31, 2011, which left fan Bryan Stow permanently disabled. Two men, Louie Sanchez and Marvin Norwood, ultimately pleaded guilty to beating Stow and were sent to federal prison. They were also ordered to pay a share of the $18 million judgment against the Dodgers.

The 2011 beating drew national attention and led to increased security at the stadium.