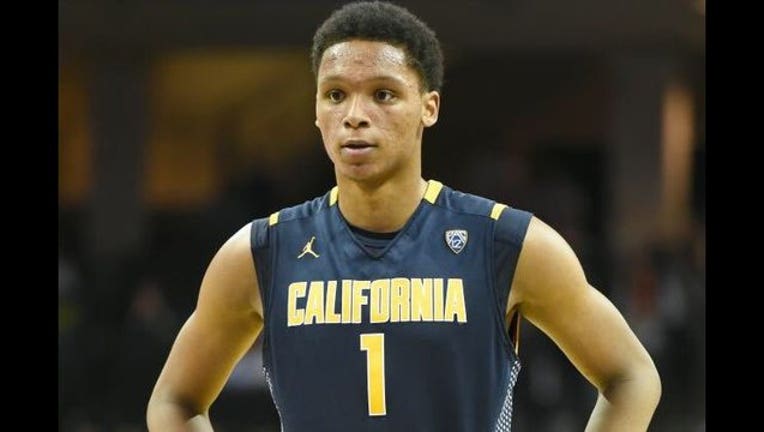 MEMPHIS, Tenn. (AP) - The Memphis Grizzlies just couldn't sit out the NBA draft, so they swapped a future second-round selection apiece for a pair of second-round players Thursday night.

The Grizzlies landed power forward Ivan Rabb of California with the 35th pick in a draft-night trade with the Orlando Magic, then made a deal with the Houston Rockets for the rights to shooting forward Dillon Brooks of Oregon. Memphis selected Brooks with the 45th pick.

The 6-foot-10 Rabb had been considered a possible lottery pick a year ago before deciding to return to California for his sophomore season. He averaged 14 points and 10.5 rebounds per game this season while leading the Pac-12 in rebounding. He started 64 of his 65 games at California and averaged 13.2 points and 9.5 rebounds in his two-year stint.

The Pac-12 player of the year, Brooks shot 40.1 percent from 3-point range helping Oregon to the Final Four where the Ducks lost to eventual national champion North Carolina. The 6-6 junior started 27 of his 35 games and led Oregon averaging 16.1 points per game.

The Grizzlies went into Thursday night without a selection after sending a pick that would have been No. 20 to Cleveland in a 2013 trade that later wound up with Portland. But the Grizzlies have picked up at least one player in every draft since moving to Tennessee in 2001, and general manager Chris Wallace got busy making deals to add more young help for a team that is facing a salary cap squeeze.

The Grizzlies have reached the playoffs the past seven seasons , but they have a bunch of their salary cap committed to All-Star center Marc Gasol, guard Mike Conley and Chandler Parsons - their big free agent signee a year ago with a four-year, $94 million contract. Parsons played just 34 games before surgery on his left knee in March cost him the rest of the season.

Both veteran power forward Zach Randolph and guard Tony Allen are poised to hit free agency in July unless Memphis can convince them to stick around on cheaper deals.

Trading into the draft and taking Rabb also could signal the Grizzlies might not bring back JaMychal Green, a restricted free agent who averaged 8.9 points and 7.1 rebounds per game playing 77 games for Memphis.