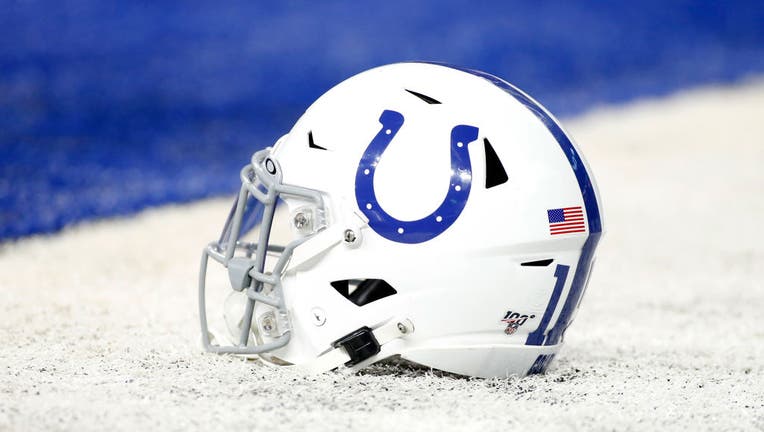 An Indianapolis Colts helmet on the field in the game against the Oakland Raiders at Lucas Oil Stadium on Sept. 29, 2019 in Indianapolis, Indiana. (Photo by Justin Casterline/Getty Images)

INDIANAPOLIS (AP) - The Indianapolis Colts closed their practice facility Friday after “several individuals” tested positive for COVID-19, then the retests came back negative.

“Earlier this morning, we were informed that four individuals within the organization tested positive for COVID-19,” the team said in a late-morning statement. “The four positive samples were retested and have been confirmed negative.

"After consultation with the NFL and Chief Medical Officer Dr. Allen Sills, the team will open the practice facility this afternoon under the league’s intensive protocol and will continue preparation for Sunday’s game against Cincinnati.”

In other NFL coronavirus developments:

— The Cleveland Browns, who played the Colts on Sunday, had zero positive tests Friday morning and their building is open. The negatives included one for star wide receiver Odell Beckham Jr., who was ill and sent home Thursday.

— The Atlanta Falcons on Friday resumed in-person work at their facility under more stringent safety measures. The team had closed the building Thursday following a second positive test for COVID-19.

— The Tennessee Titans played Tuesday following a 16-day layoff because of an outbreak.

The Falcons are under the NFL’s supplemental intensive protocols as they regroup for Sunday's game at Minnesota.

Rookie defensive tackle Marlon Davidson was placed on the COVID-19/reserve list Tuesday and the second person, who is not a player, subsequently tested positive.

The additional protocols the Falcons must follow include daily testing and masks worn at all times. Meetings must be held virtually or outdoors or in a large indoor room with 6-foot social distancing.