The San Francisco 49ers have departed for Philadelphia for Sunday’s NFC championship game.

With the Eagles on the cusp of a Super Bowl appearance, the Philadelphia Police Department said it will grease traffic and light poles as part of its safety precautions across the city. 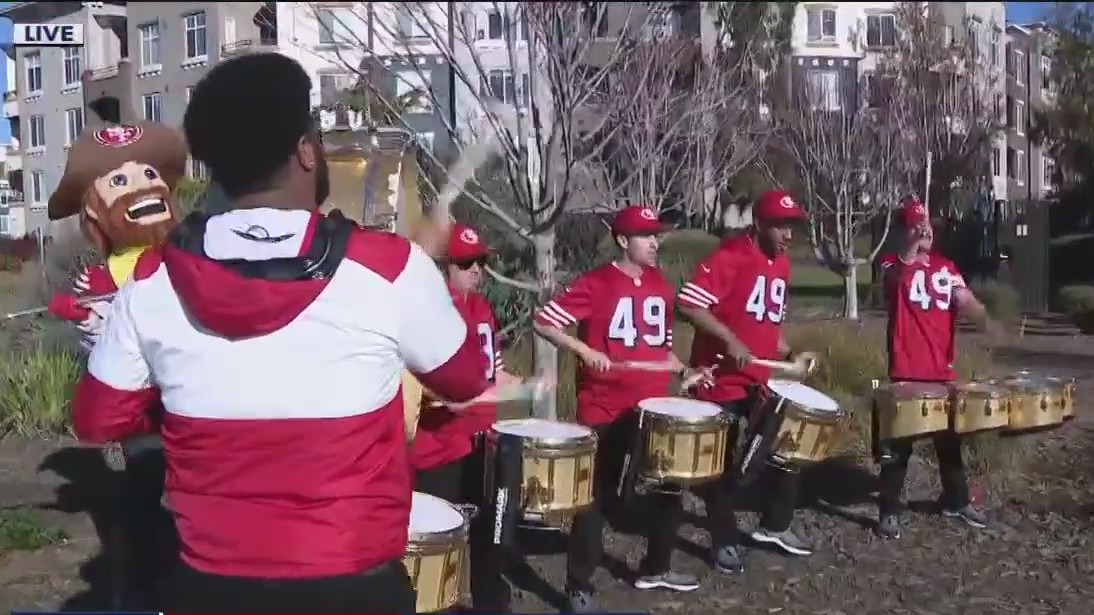 The percussionists of the Niner Noise Drumline get ready for the 49ers to play the Eagles. 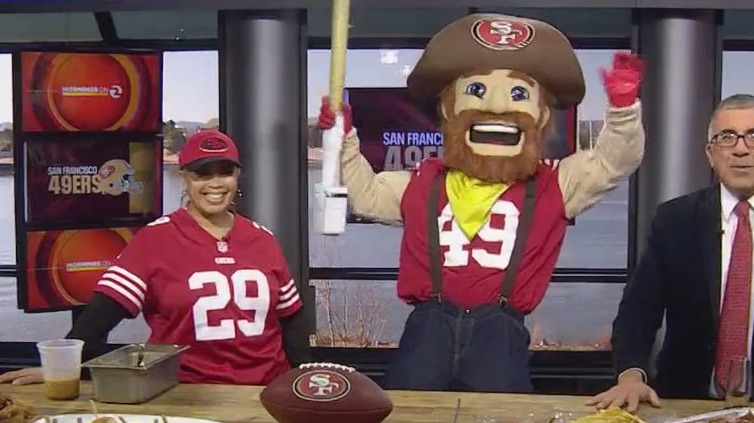 The Detroit Lions announced on Thursday that 25-year-old Jessie Lemonier, a linebacker who played for the team as recently as 2021, has died.

Are you watching Niners-Eagles on FOX? Find out how you can win Terry's brand-new SUV and $100K by playing the FOX Bet Super 6 NFC Championship Challenge.

Brock Purdy and Jalen Hurts are no strangers. The two met for the first time in Nov 2019 in Norman, OK when Purdy's Iowa Cyclones took On Hurts' Oklahoma Sooners.

Some big time athletes and celebrities found their way to Santa Clara on Sunday to watch the San Francisco 49ers take on their rival Dallas Cowboys.

The two conference championship games will take place on Jan. 29. The Philadelphia Eagles are hosting the San Francisco 49ers, and the Kansas City Chiefs will host the Cincinnati Bengals. The winners of next weekend’s games will meet in the Super Bowl on Feb. 12.

Christian McCaffrey scored on a go-ahead 2-yard run in the fourth quarter and San Francisco’s defense did the rest, sending the 49ers to their second straight NFC title game with a 19-12 victory over the Dallas Cowboys on Sunday.

"Everybody shut up," NFL referee Shawn Hochuli was heard saying before the penalty was announced.

Hamlin, 24, has not been seen in public since the Bills and Bengals last met on Jan. 2 in a game that came to an abrupt halt.

On the football field, Brock Purdy, the San Francisco 49ers star quarterback, can scramble and seemingly whip up a masterpiece from nothing. In culinary class, he did the same.

The 49ers will mee t the Dallas Cowboys for the ninth time in postseason play at Levi's Stadium on Sunday.

The San Francisco 49ers are riding a hot streak as they head into their divisional playoff game against the Dallas Cowboys. Grant Cohn of Sports Illustrated previews the matchup with Sal Castaneda.