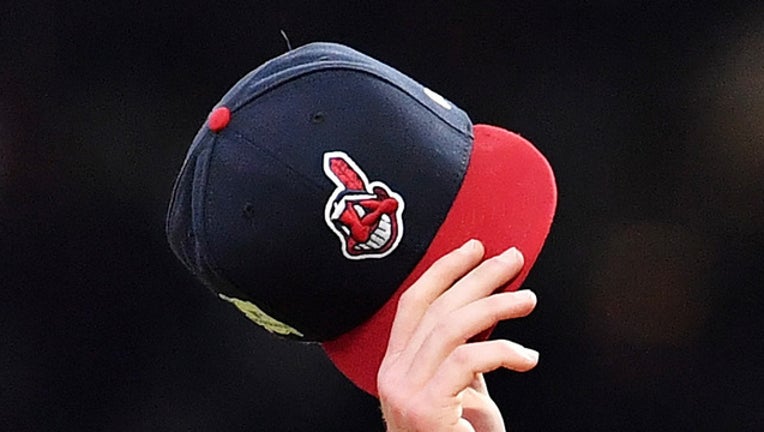 CLEVELAND (AP) - Divisive and hotly debated, the Chief Wahoo logo is being removed from the Cleveland Indians' uniform next year.

The polarizing mascot is coming off the team's jersey sleeves and caps starting in the 2019 season, a move that will end Chief Wahoo's presence on the field but may not completely silence those who deem it racist.

The Associated Press was informed of the decision before an official announcement was planned for Monday by Major League Baseball.

After lengthy discussions between team owner Paul Dolan and MLB Commissioner Rob Manfred, the Indians are taking the extraordinary step of shelving the big-toothed, smiling, red-faced caricature, which has been used in used in various expressions by the team since 1947.

However, the American League team will continue to wear the Wahoo logo on its uniform sleeves and caps in 2018, and the club will still sell merchandise featuring the mascot in Northeast Ohio. The team must maintain a retail presence so that MLB and the Indians can keep ownership of the trademark.

"Major League Baseball is committed to building a culture of diversity and inclusion throughout the game," Manfred said in a statement. "Over the past year, we encouraged dialogue with the Indians organization about the club's use of the Chief Wahoo logo. During our constructive conversations, Paul Dolan made clear that there are fans who have a longstanding attachment to the logo and its place in the history of the team.

"Nonetheless, the club ultimately agreed with my position that the logo is no longer appropriate for on-field use in Major League Baseball, and I appreciate Mr. Dolan's acknowledgement that removing it from the on-field uniform by the start of the 2019 season is the right course."

Under growing pressure to eliminate Chief Wahoo, the club has been transitioning away from the logo in recent years. The Indians introduced a block "C" insignia on some of their caps and have removed signs with the Wahoo logo in and around Progressive Field, the team's downtown ballpark.

National criticism and scrutiny about the Indians' allegiance to Chief Wahoo grew in 2016, when the Indians made the World Series and Manfred expressed his desire to have the team eradicate the symbol. Earlier in that postseason, a lawsuit was filed while the club was playing in Toronto to have the logo and team name banned from appearing on Canadian TV. That court case was dismissed by a judge.

The Indians' bid to host the 2019 All-Star Game, which it was ultimately awarded, further heightened debate over Wahoo.

"We have consistently maintained that we are cognizant and sensitive to both sides of the discussion," Dolan said. "While we recognize many of our fans have a long-standing attachment to Chief Wahoo, I'm ultimately in agreement with Commissioner Manfred's desire to remove the logo from our uniforms in 2019."

The fight over Wahoo has spanned decades in Cleveland.

Every year, groups of Native Americans and their supporters have protested outside the stadium before the home opener in hopes of not only getting the team to abolish Chief Wahoo but to change the Indians' nickname, which they feel is an offensive depiction of their race.

Those dissenting voices have been met with fans devoted to preserving Chief Wahoo's place in team history. The Indians' resurgence in the mid-1990s helped spur a downtown renaissance in Cleveland.

The NFL's Washington Redskins have come under similar fire to change their logo and nickname but so far have resisted. Last year, a Supreme Court ruling in another case cleared the way for the Redskins to preserve the trademark on its logo.