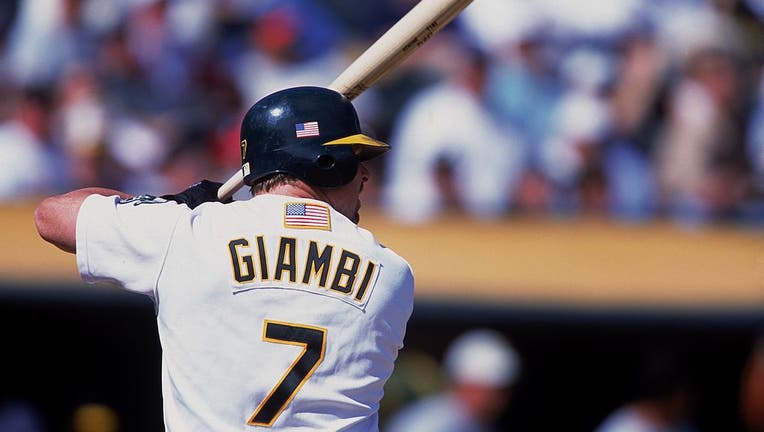 27 Sep 2001: Jeremy Giambi #7 of the Oakland Athletics stands ready at bat during the game against the Anaheim Angels at the Network Associates Coliseum in Oakland, California. The A's defeated the Angels 6-2.Mandatory Credit: Jed Jacobsohn /Allsport (Getty Images)

Giambi, 47, reportedly died at his parents' home in Southern California. A cause of death was not yet reported.

"We are heartbroken to learn of the passing of a member of our Green and Gold family, Jeremy Giambi," the Oakland A's said on Twitter. "We offer our condolences to Jeanne, Jason, and his family and friends."

Giambi played for the A's from 2000 to 2002 during his six-year MLB career as an outfielder and first baseman. 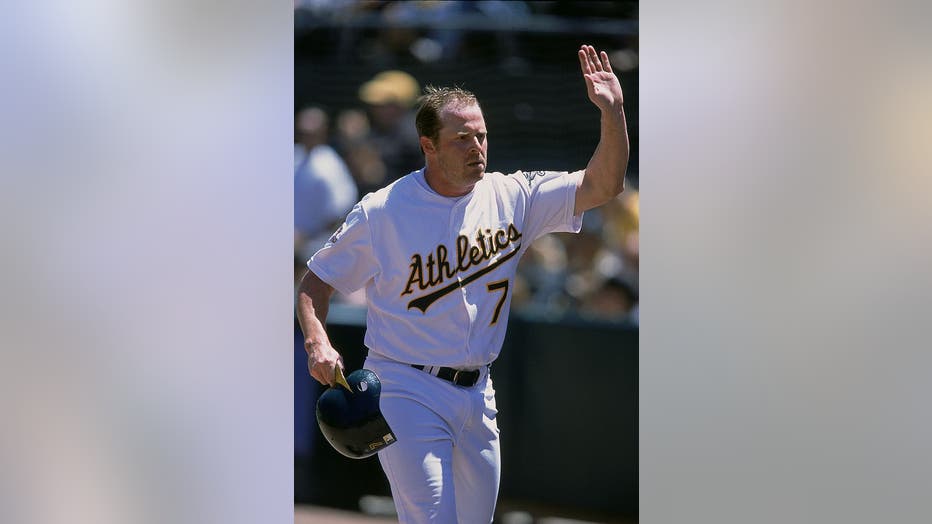 10 Jun 2001: Jeremy Giambi #7 of the Oakland Athletics hi-fiveing a teammate after scoring during the game against the San Francisco Giants at the Network Associates Coliseum in Oakland, California. The Athletics defeated the Giants 6-2.Mandatory Cre (Getty Images)

While on the A's, he played alongside his brother Jason Giambi.

After his career, he admitted in a newspaper interview that he had used steroids while in the big leagues.

In 2011, he also testified that he purchased and used performance-enhancing drugs supplied by Barry Bonds' former trainer.