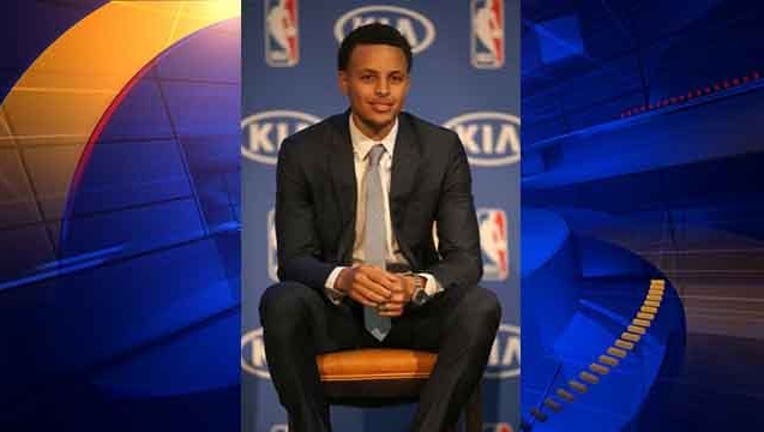 Perhaps this latest shot will quiet Oscar Robertson and some of the old-timers trying to discredit the Warriors superstar.

Curry scored 46 points and drove a dagger through one of the playoff-bound Warriors' toughest rivals. He also tied Kobe Bryant and Donyell Marshall for the single-game record with 12 3-pointers and broke his own record for 3-pointers in a season, setting the new mark at 288.

Robertson said this week on ESPN's Mike & Mike show that players and coaches don't know how to properly defend Curry, and the Warriors don't really run plays or have a strategy. He suggested Curry wouldn't be as effective in his day, when the game was more physical.

Isiah Thomas and Stephen Jackson also recently downplayed the achievements of Curry and the Warriors. Thomas said weak perimeter defense in today's NBA has made outside shooting easier, and Jackson suggested his 2007 Warriors could beat this season's juggernaut.

So Curry might not have convinced every star from yesteryear. After Saturday, though, it's clear he has the respect of his peers.

LeBron James tweeted, "@StephenCurry30 needs to stop it man!! He's ridiculous man! Never before seen someone like him in the history of ball!" Dwyane Wade said, "Curry is UNREAL!!!!" Portland's Damian Lillard added: "That boy steph somethin else lol" Toronto's DeMar DeRozan: "He can't be human."

Curry doesn't think all that much of it. At this point, it doesn't seem to matter where he pulls up. It's more a matter of when.

"Honestly, I don't know exactly where I am, so it's not like I'm calibrating in my head, 'All right, 38 feet, 37, 36,'" he said. "Just literally, you've got a sense of — I've shot the shot plenty of times, you're coming across halfcourt and timing up your dribbles, and you want to shoot before the defense goes in. And that was pretty much my only thought."

Warriors forward Draymond Green thought Curry had time to get closer to the hoop before the release.

Golden State guard Klay Thompson is beyond the point of being surprised anymore.

"Everybody in this locker room, we've seen him practice from that range every day," Thompson said. "He's got the greatest range I've ever seen. He makes it look so effortless."

Golden State has the best 58-game record in NBA history at 53-5 and became the first team since the 1987-88 Los Angeles Lakers to clinch a playoff spot in February, a Warriors spokesman said.

The postseason berth was secured about an hour before Curry's scintillating shot, when Houston lost to the San Antonio Spurs. That assured Golden State will finish no lower than eighth in the Western Conference. The shot simply added to an incredible day for the franchise.

Curry, the league's scoring leader and reigning MVP, missed about 6 minutes of the third quarter with a left ankle injury. He drove to the basket and rolled the ankle before Westbrook stepped on it.

"It was a little nerve racking," he said. "I wanted to make sure I was OK. I had to get it re-taped. It was painful."

Curry returned, of course, and finished the night 12 of 16 from 3-point range. He might have a chance to make even more 3s, but Oklahoma City's Russell Westbrook missed a 3-pointer at the buzzer in overtime that would have tied the game.

If it all seems hard to believe sometimes, well, Curry understands.

"I never would have thought at this point in the season I would be closing in on 300 and all that kind of stuff," he said. "That doesn't make sense to me. I've always tried to push the envelope and keep getting better, but a lot has to go right to get to this point."