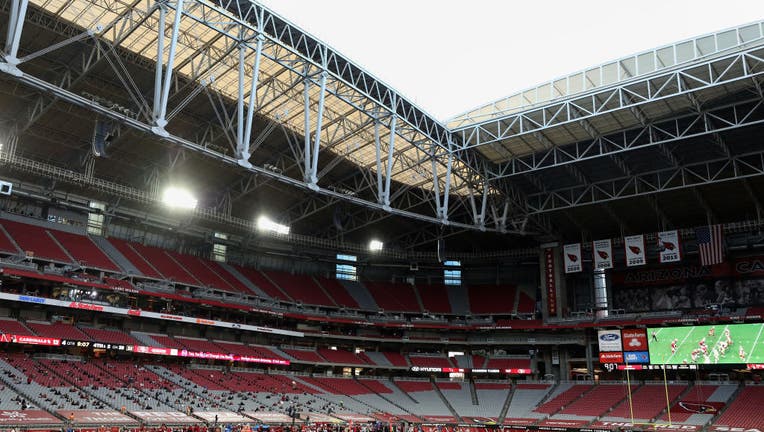 GLENDALE, ARIZONA - DECEMBER 26: General view of action as quarterback Kyler Murray #1 of the Arizona Cardinals spans the football against the San Francisco 49ers during the fourth quarter of the NFL game at State Farm Stadium on December 26, 2020 in

LOS ANGELES - Saturday’s game between the San Francisco 49ers and Arizona Cardinals set a record for the largest audience to stream an NFL game.

The game — which was streamed primarily on Amazon Prime Video and Twitch — delivered an estimated 11.2 total viewers and had an average minute audience of 4.8 million, more than doubling the previous high. The Buffalo Bills and Jacksonville Jaguars' 2015 game in London, which was streamed on Yahoo!, averaged 2.1 million.

The NFL and Amazon say that the average viewing duration was 82 minutes, which is 15 minutes more than the average engagement rate for an NFL game online.

The game, which San Francisco won 20-12, was also aired on television stations in San Francisco and Phoenix, and averaged an additional 1.1 million viewers.

Besides Amazon and Twitch, the game was also available on the NFL, Cardinals and 49ers mobile apps. There were some complaints during the game on social media about the streaming quality during the first half while others didn't know where the game was being broadcast.

This is the first of a three-year deal between the NFL and Amazon. It also includes the rights to stream the Thursday night games that are also available on Fox and NFL Network.