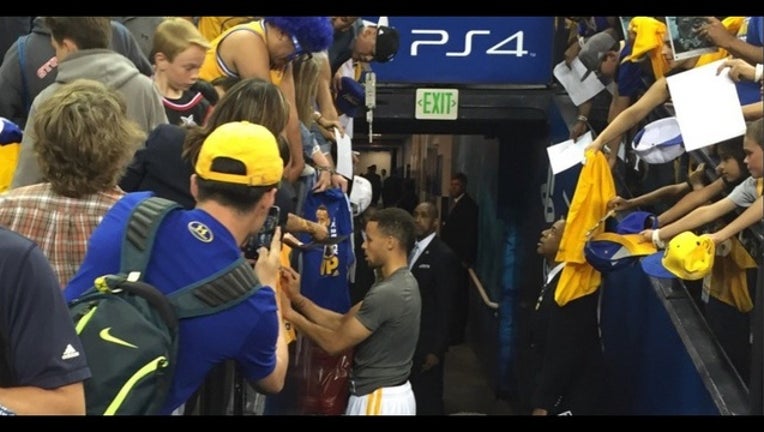 Stephen Curry signs autographs before heading to the court for Game 1 of the NBA Western Conference Finals. (Jason Appelbaum / KTVU)

OAKLAND, Calif. (KTVU/AP) - The Golden State Warriors will try to take a 2-0 series lead when they host the Cleveland Cavaliers in Game 2 of the NBA Finals Sunday night.

In last year’s Finals, Cleveland lost Game 1 on the Warriors’ home court, but came back to win Game 2.

Before tonight's game, the NBA also plans to honor Muhammad Ali with a moment of silence.