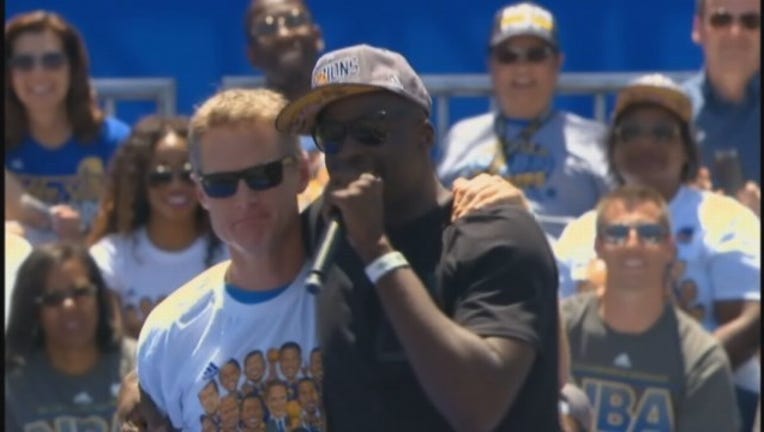 The Warriors held a news conference to announce the deal Thursday. Green praised the organization's commitment to him and says the money won't change how hard he plays.

Green was a restricted free agent, meaning the NBA champion Warriors could have matched any offer he received. But the two sides worked out a deal quickly.

The Warriors drafted Green 35th overall out of Michigan State in 2012. He took over as the starting power forward this season after David Lee injured his left hamstring.

Green averaged 11.7 points, 8.2 rebounds and 3.7 assists and finished runner-up for NBA Defensive Player of the Year.