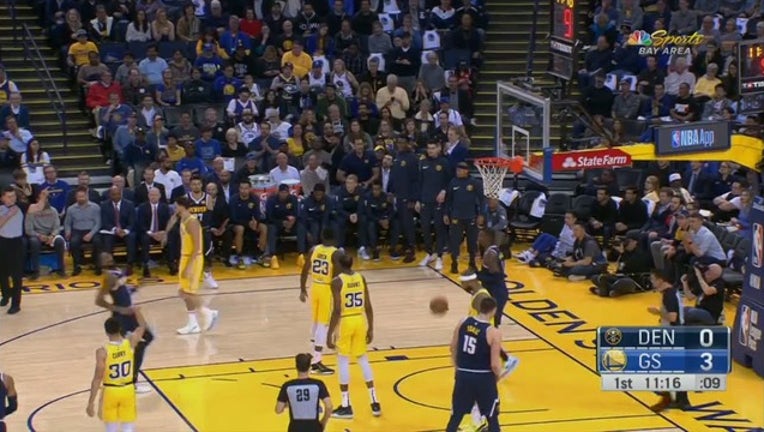 OAKLAND, Calif. (BCN) - Golden State Warriors opening round playoff tickets go on sale to the public Thursday as the team gets ready for its last playoff run in Oakland before moving to San Francisco next season.

The Warriors, back-to-back NBA champions and winners of three of the league's last four titles, will have tickets available to the general public at 2 p.m. Thursday for first-round home playoff games.

The playoffs will begin on either April 13 or 14 and the team's opponent has yet to be determined.

A final presale will take place at 10 a.m. Thursday for Warriors Insiders members. The tickets will be available for purchase exclusively at www.warriors.com.

The Warriors, currently the top seed in the NBA's Western Conference, will look to win their third straight title in their final season at Oracle Arena in Oakland before moving across the Bay to the Chase Center in San Francisco's Mission Bay neighborhood starting in the 2019-20 season.