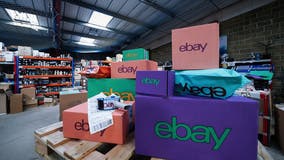 They are among seven former eBay employees charged in the scheme that involved other anonymous deliveries sent to the couple's home, including a funeral wreath and a bloody pig Halloween mask.

Six former eBay employees allegedly started a cyberstalking campaign and sent boxes of live cockroaches and a Halloween mask of a bloody pig's face to a couple who ran an online e-commerce newsletter.